The Art of Playing Wide Receiver 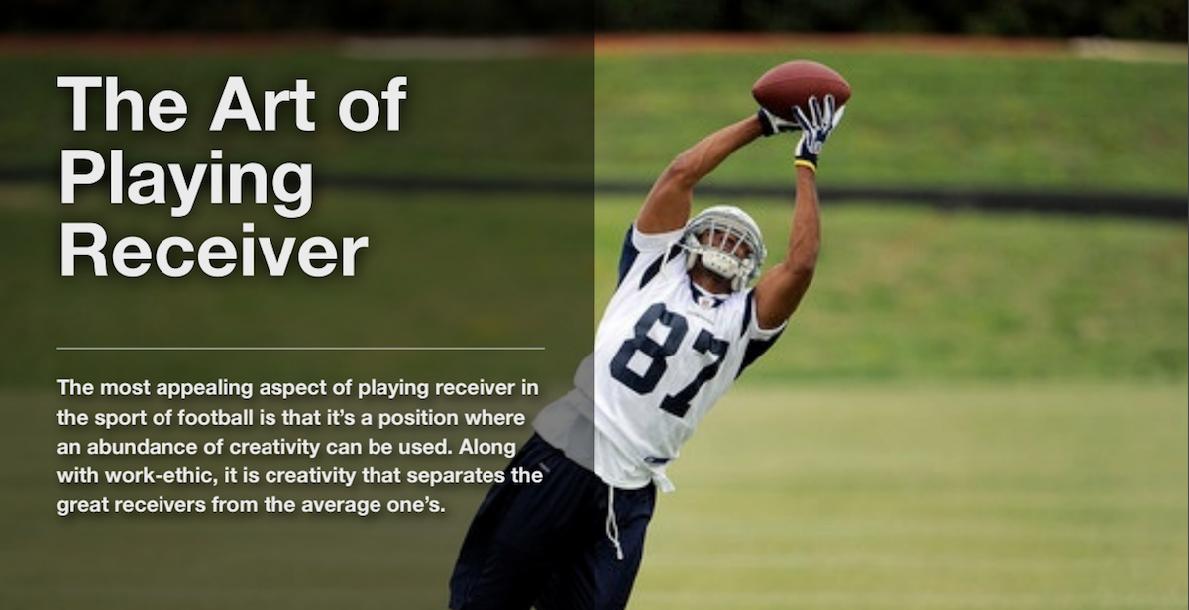 The book includes ten chapters with over 100 illustrations, photos, and videos that teach you how to catch, run routes and block like the pros!  Just the instructional videos alone alone are huge value.  If you are an athlete who looking to gain new weapons, new tools and a new confidence in your game than this book is a must.!  It’s the first of it’s kind, this modern era book will become a player’s (and coaches) most used reference in improving their game.

You just booked "The Art of Playing Wide Receiver"