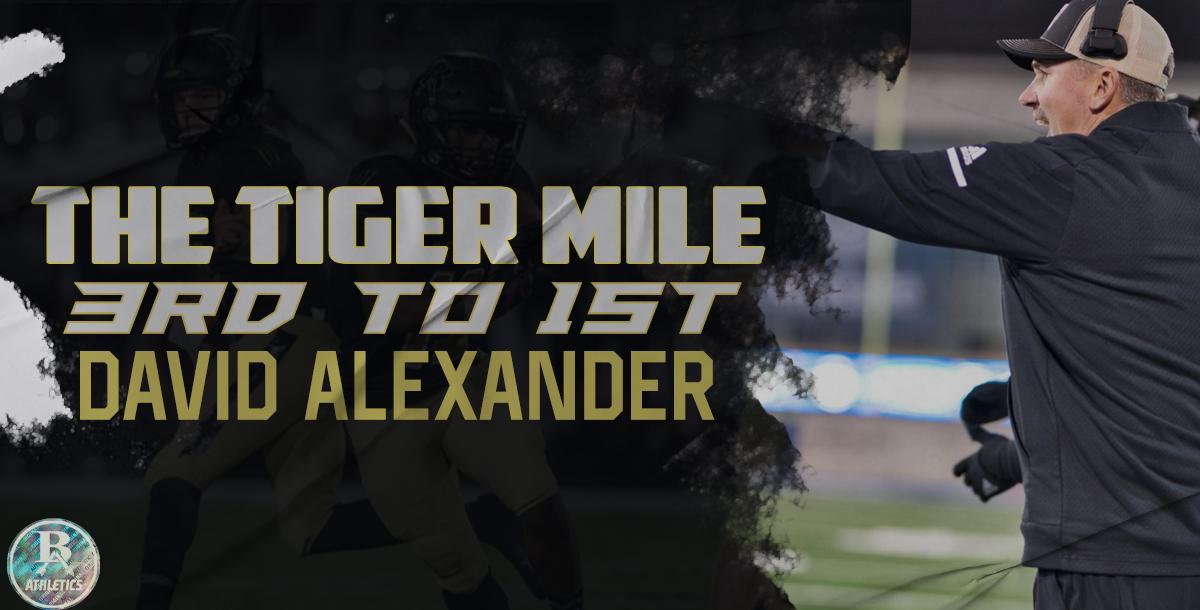 1. Insight into "The Tiger Mile"

3. Key Traits for Your Team

4. Job Descriptions for Your Staff

David Alexander is the Head Football Coach and Director of Football Operations for Broken Arrow High School. Coach Alexander brings a wealth of experience and knowledge to the Broken Arrow Football Program. He graduated from Broken Arrow High School in 1982.  He went on from there to the play football for The University of Tulsa from 1982 through 1986.  After graduating in the Spring of 1987 he was drafted by The National Football League.  He was selected by the Philadelphia Eagles in the 5th round. He played for the Eagles for 8 years and then moved to the New York Jets for an additional 2 years. For the years of 2005 through 2006 Coach Alexander served as the head coach for the AFL football team The Tulsa Talons. He moved on to Jenks to serve as offensive line coach from 2006 through 2012.  In 2013 he left Jenks to return to his alma mater, Broken Arrow, to serve as running backs coach.

You just booked "The Tiger Mile: 3rd to 1st"