Trick or Treat: A Collection of Trick & Gadget Plays That Work 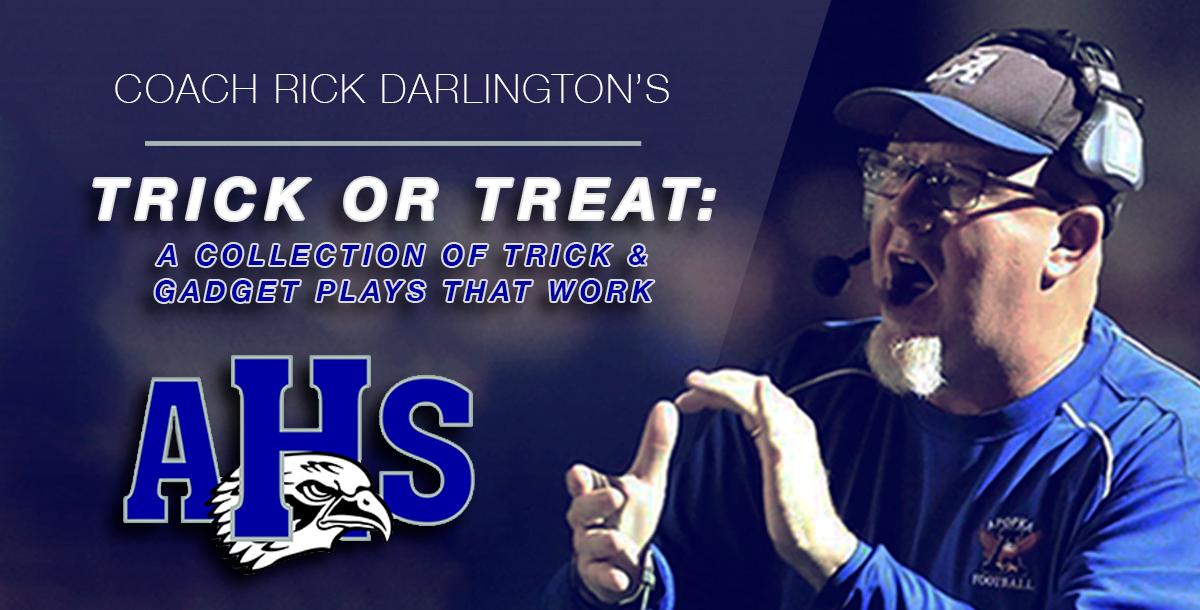 Coach Darlington and his Apopka Blue Darters are known around the Southeast for their explosive single-wing based offense.  This powerful "ground and pound" offense netted over 6,000 yards of rushing in 2013, but even the Darters like to have a little fun.  In this course, join Rick Darlington as he opens up his film vault and releases some real gems; this is a collection of trick and gadget plays that really work.  Coach Darlington has the film to prove it!

Rick Darlington, Head Football Coach of Apopka High School (FL), has a 179-62 overall record which includes a 132-36 mark in 13 years coaching the Blue Darters of Apopka over two stints. He has won three state championships (2001, 2012, 2014), gone to three Class 8A title games in a row and coached multiple NCAA Division I players.  In 2003, he was named the Associated Press Georgia Coach of the Year and won the Athlon Florida Coach of the Year in 2012.  Darlington’s offense is legendary, in 2013 Apopka scored 752 points in 15 games averaging more than 50 points and rushed for over 6,000 yards.

You just booked "Trick or Treat: A Collection of Trick & Gadget Plays That Work"