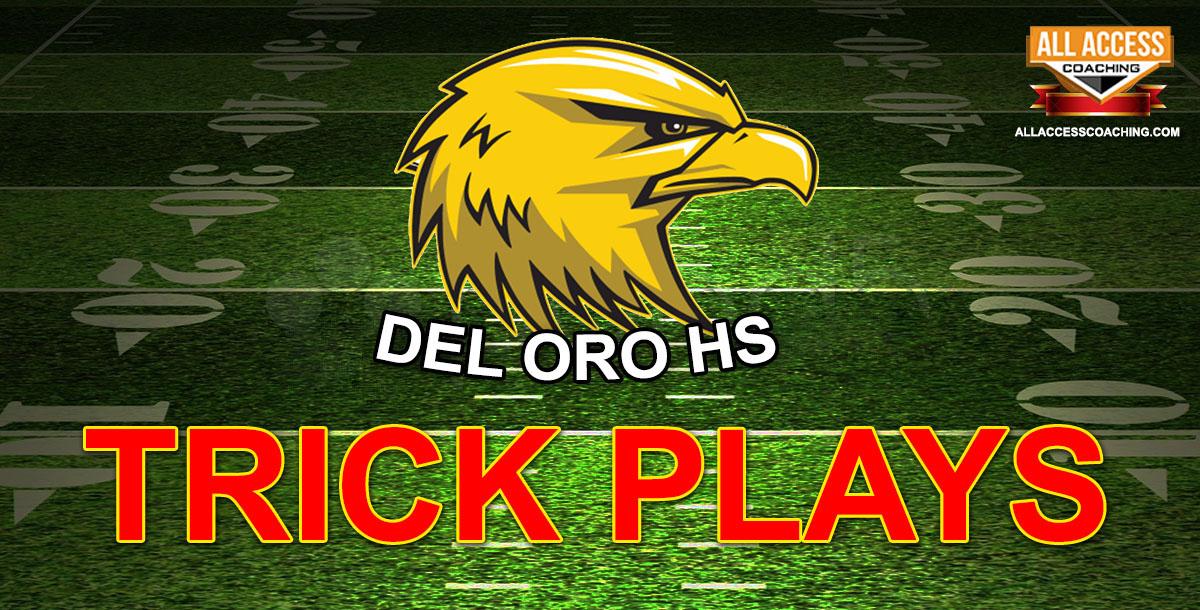 Looking to fool the Defense every once in a while?

See the Team that put De La Salles NorCal Streak to an End!

Also check out the High School team who made it on ESPN!!!(yes you heard me)

Every once in awhile it is so much fun on friday night to confuse a group of 16-17 year olds who dont even remember what they had for lunch. Check out more and more ideas on how to continue to do this throughout your season(s)

Get tricky with new and fresh formations, overloading left and right, make the defense so confused that they dont even know who the Center is anymore!

Having many tricky plays and unbalanced formations keep a fun and fresh environment for the boys, and in turn keeps numbers high and strong! whats so wrong with letting the players name the plays every once in awhile?

Learn something fresh today and get in touch with that older brother playing a prank on baby bro that is still deep down inside of you..

Walters, a 2004 graduate of Del Oro, led the Lions to consecutive playoff berths in the 2013 and 2014 seasons, earning the school’s first-ever playoff victory in 2014. His overall record at Liberty was 22-21, including 14 wins in his first two seasons. This occurred at a school that had not experienced a winning record since the 2005 season.