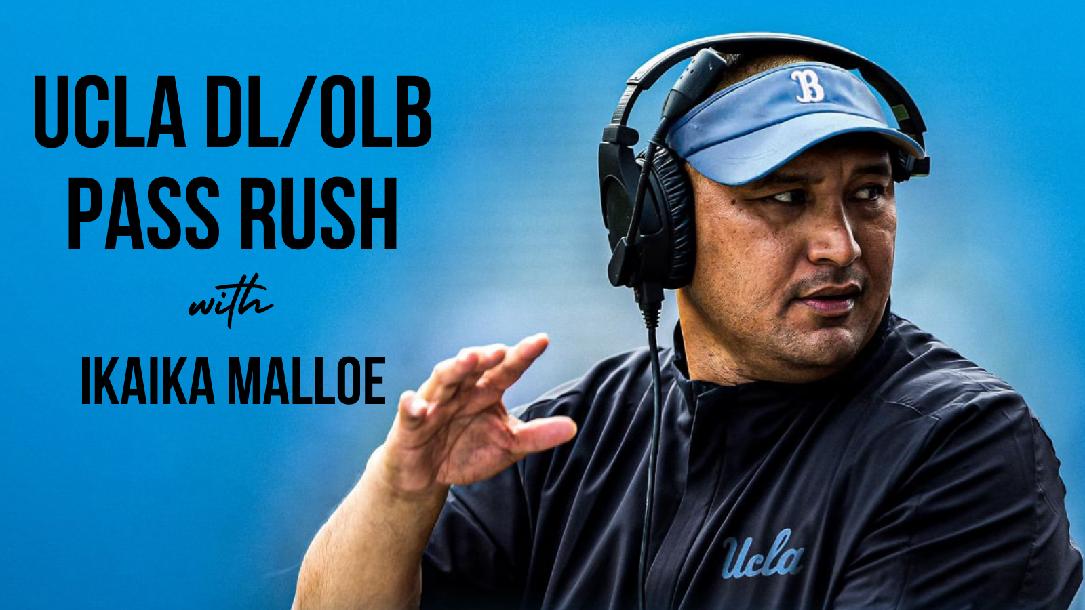 In this course, Coach Ikaika Malloe discusses the defensive lineman and outside linebacker pass rush progression. Malloe gives a complete overview of the pass rush including, the fight line, how to attack the joints, get the moving target, finish, and much more! The Coach provides examples of drills and sets he uses to boost this player's performance during game time. Everything you need to elevate your defensive line and outside linebackers' pass rush game is right here!

Simply click the ‘Book This Course’ button at the top right of this page, place your order, and you’ll immediately be logged into the training with full access. Take a look into how Coach Malloe elevates the pass rush game with the outside linebackers and defensive lineman today!

At UCLA, Malloe will take a coaching spot vacated by Johnny Nansen, the Bruins' defensive-line coach and a former UW assistant coach. The 2021 season marked his sixth year on the Washington staff and his second as co-defensive coordinator.

The previous two years, Malloe coached the winner of the Pac-12's Morris Trophy, given to the top offensive and defensive lineman in the conference, as voted on by the conference's opposing linemen. Vita Vea won the award in 2017 and the Huskies repeated it in 2018 as Greg Gaines took home the honor. Gaines was also a first-team All-Pac-12 selection, while senior lineman Jaylen Johnson also earned honorable mention all-conference.

NEW!
Rethinking Defense: From Structure to Communication with Dante Bartee by Lauren's First and Goal
Views: 382
(1) $19.95