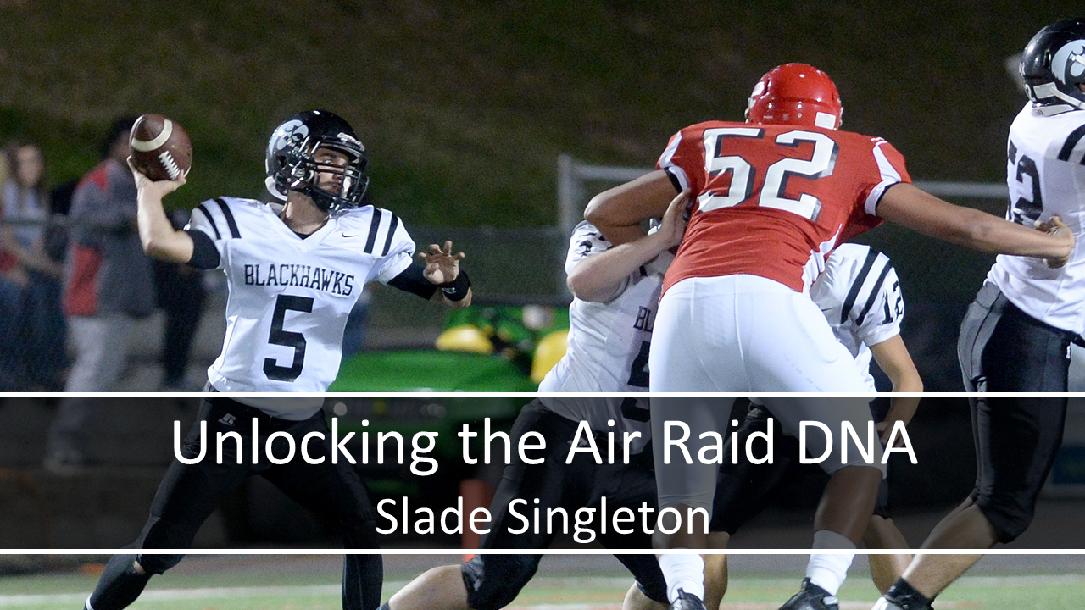 This Air Raid video by Coach Singleton is great. He goes over his offense in incredible detail. I have picked up some passes, runs, and RPO tags I'm going to install in the upcoming season. Great work coach, and can't wait to see what you release next.

This course is a must buy for any Airraid enthusiast. Whether you are a seasoned coach or just starting your coaching journey there is something that everyone can take away from here. Coach is very clear on what each play is trying to do and where the read man is. It does a good job of breaking the Airraid down to the core plays and showing you how to work out after that. Overall a great buy!

Great course for anyone looking into the Air Raid. I would recommend this to anyone wanting to install this as there base offense or someone just trying to add a few wrinkles for the upcoming season.

Excellent job. A lot of information!

Coach Singleton's Unlocking the Air Raid DNA is an incredible coaching tool for any coach who is studying or wants to study the Air Raid offense. I highly recommend this Course!!!

Coach Singleton has created a masterpiece. Unlocking the Air Raid DNA is a comprehensive dive into the world of an Air Raid OC. Coach Singleton explains his concepts very clearly. Making even the most conservative "run first" coach confident that he can air it out using these concepts. Thank you coach for all that you do for the Air Raid and Spread community.