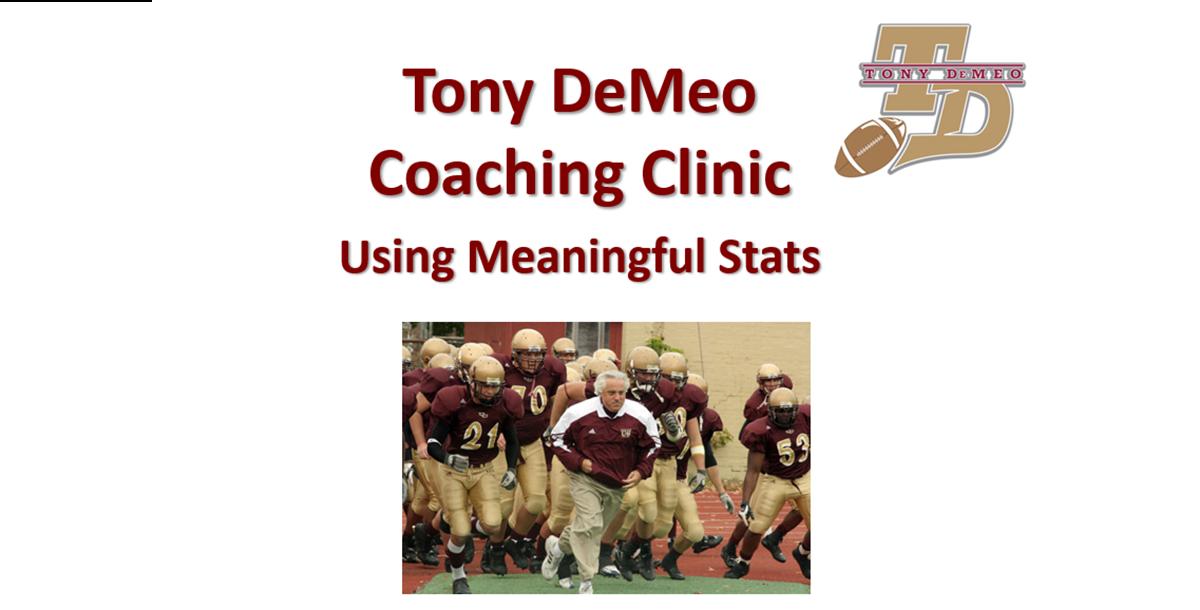 Recognized and respected as a Head Football Coach at the Collegiate level, an Offensive innovator and the creator of the Triple Gun Offense, Coach Tony DeMeo has published numerous books and DVDs and remains a popular speaker, teacher and clinician. Coach DeMeo has a football-oriented web site at

Tony does a good job here. The title is correct for the first part, but it shifts to a Gun Triple video shortly thereafter. Lots of great details.

Really a great course--lots of video and game examples to back-up the main discussion point.

NEW!
Getting the Most out of your Hudl FOOTBALL Tools by THSCA Staff
Views: 873
FREE

The Analytics of Two-Point Conversions (You might be surprised!) by Football Coaches Summit
Views: 3221
(5) FREE

At the core of Coach Tony DeMeo's philosophy and strategy for winning football games is the concept of Meaningful Stats. In this course, Coach DeMeo explains what he views as Meaningful (as opposed to "meaningless") Stats - what he considers the four most important stats in the game. Coach DeMeo then explains how The Triple Gun Offense was designed specifically to win the Meaningful Stats Game ...