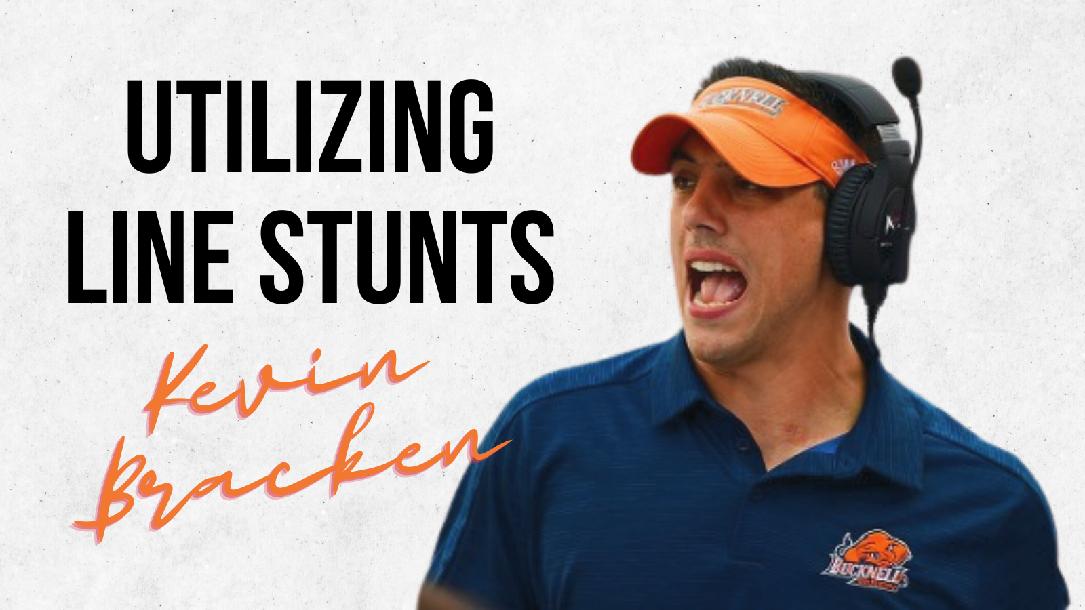 In this course, Coach Kevin Bracken discusses the utilization of line stunts to help the defense lock down the run game & pass game. Coach talks about the why, how, and what of line stunts. He demonstrates various stunts for the run game as well as the passing game.

Simply click the ‘Book This Course’ button at the top right of this page, place your order, and you’ll immediately be logged into the training with full access. Learn how Coach Bracken utilizes line stunts to help improve defense efficiency.

Kevin Bracken was named the Bucknell football team's defensive line coach on February 18, 2019. He was promoted to run game coordinator in May 2021; at that time, he shifted to working with the Bison linebackers. Following a successful playing career at Moravian University, Bracken spent his first two seasons in the coaching ranks at Franklin & Marshall College. Bracken, who worked with the Diplomat defensive line from 2016 to 2017, joined the Villanova University football staff as a defensive assistant ahead of the 2018 campaign. During his final season at Franklin & Marshall, the Diplomats went 10-1 (8-1 Centennial Conference). The 2017 Franklin & Marshall squad was the eighth in program history that won at least nine games during a single campaign; the Diplomats also captured a share of the Centennial Conference championship for the first time since 2003.

Attacking the Offense with Stunts and Blitzes out of the 3-4 Tite Front by Branden Jakubcin
Views: 4287
(1) $25