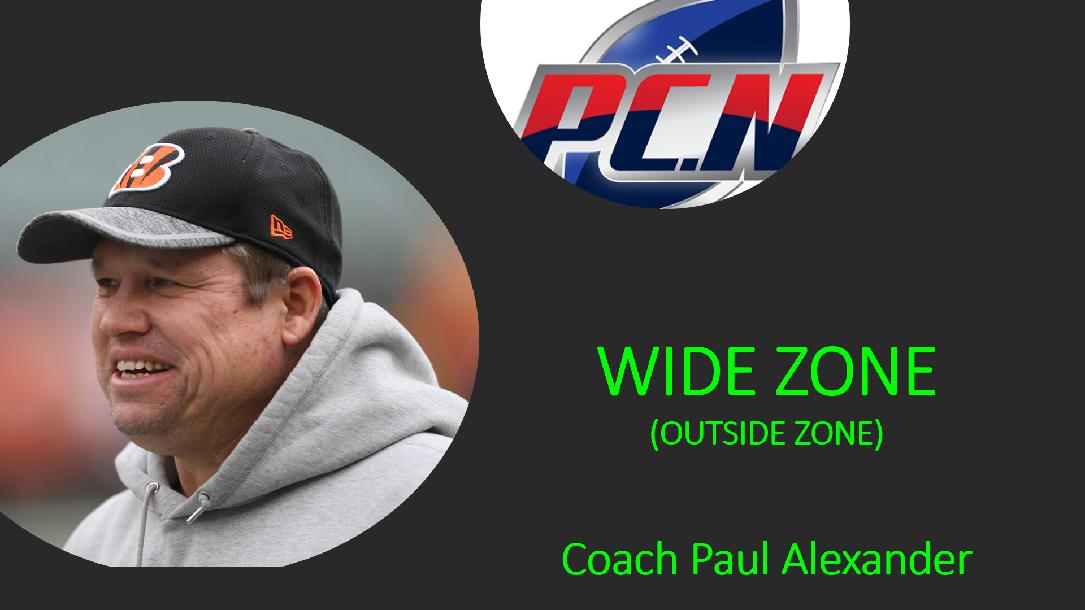 This course teaches the techniques and coaching points of the WIDE ZONE play. Wide Zone is similar, yet very different, than the OUTSIDE ZONE in philosophy, approach, technique and reads.

It’s a play that Alex Gibbs “invented” and is a staple of many NFL teams and teams at all levels of football.

Coach Alexander does a great job of teaching and explaining