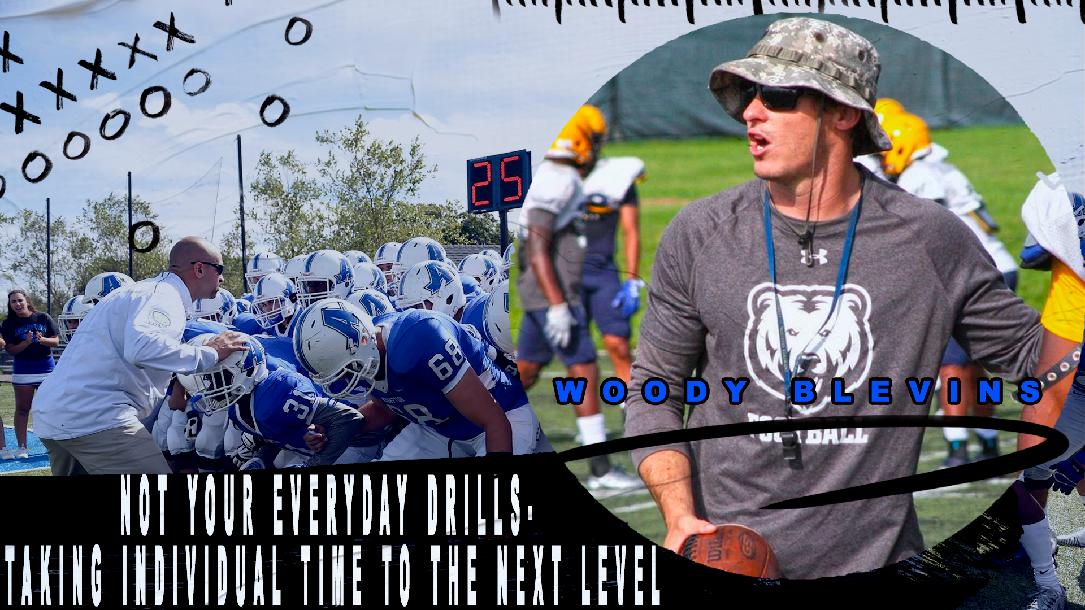 In this course Coach Woody Blevins, Defensive Coordinator at Assumption College, goes over some of his favorite drills to run during his teams individual session. Some of the drills covered include:

If you're looking to improve your individual sessions, especially for defensive backs, this is the course for you.

Woody Blevins became the defensive coordinator for Assumption this past February.

Blevins came to Assumption with nine years of coaching experience at the Division II and Division I levels. Most recently, Blevins worked as a defensive analyst at the University of Hawaii where he coached defensive backs. Previously, Blevins was at the University of Northern Colorado where he started in 2012 as a defensive assistant to the secondary and worked his way up to cornerbacks and special teams coordinator by 2019.

Throughout his nine years of coaching, Blevins has had a 100 percent graduation rate of the players in his position group and coached five All-Big Sky players. In 2014, his secondary finished eighth in the nation in interceptions and in 2018 his safeties led the Big Sky Conference in forced turnovers.

Blevins played football at Drake University and Colorado Mesa University from 2006 to 2010 where he played cornerback and safety while earning his Bachelor of Arts in history. In 2015, Blevins completed his Master of Arts in Sports Coaching from the University of Northern Colorado.