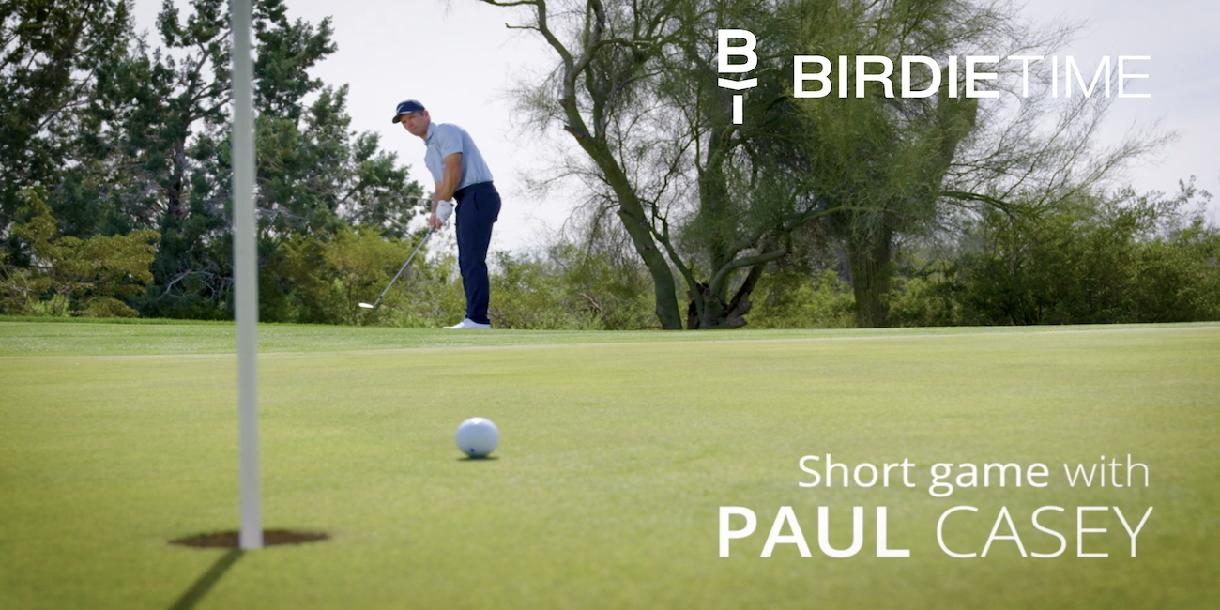 Open more doors around the green

We are delighted to have teamed up with Ryder Cup winner Paul Casey to deliver this excellent class on how to approach different scenarios around the green. Paul gives his insight into different clubs and ways of playing around the green which is sure to help you next time you are on the course. Have you ever tried using a driver around the green?.

This class is designed to give you more options and opens your mind to using different clubs depending on the situation you are faced with. Being creative around the greens is one of the best ways to lower your scores, so check out Paul's tips and tricks and reap the benefits!

After this class, you will know:

This class includes 9 instructional videos which aim to add more variety to your short game.

This class is part of Birdietime.tv offering.

Paul Casey is a multi-tournament and Ryder Cup winner who has played for over 18 years at the highest level.

Having rejoined Team Europe's 2018 Ryder Cup team after being in 3 consecutive teams between 2004 and 2008, Paul Casey has now lifted the Ryder Cup 3 times. His biggest European Tour achievement to date, was his win at the BMW PGA Championship in 2009. Another career highlight was his 5th place finish in the FedEx Cup in 2016 having had a successful run on the PGA Tour in 2015. Casey has now won a total of 14 times on the European Tour after his victory at the Porsche European Open in 2019.