Golf / Approach Send as a gift! 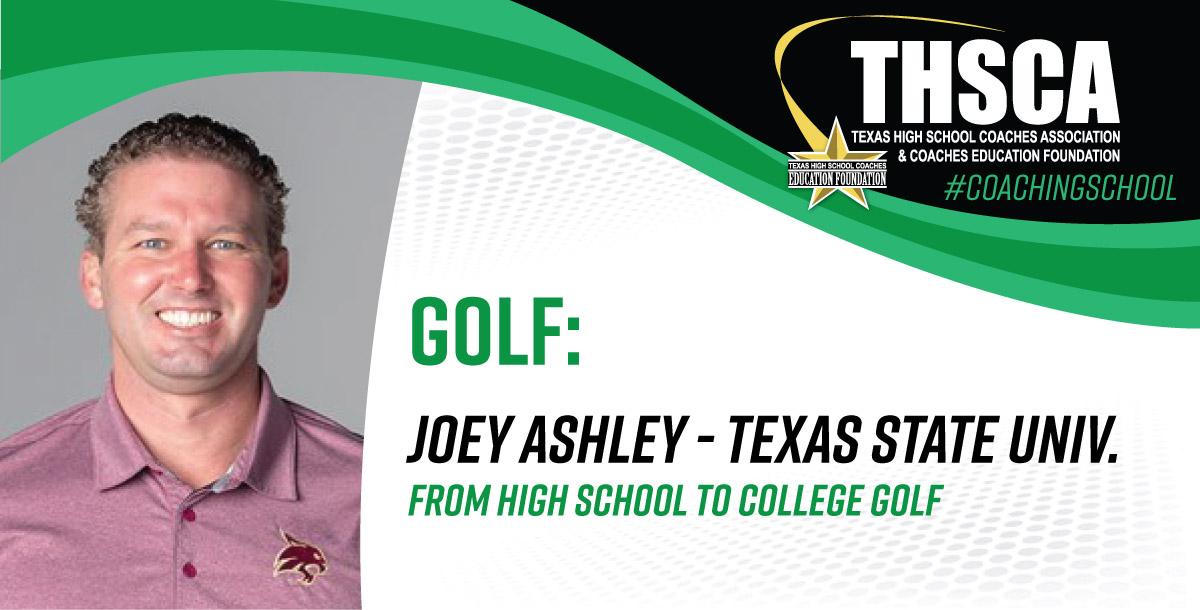 Joey Ashley just finished his 4th year as an assistant coach with the Texas State men's golf program after helping the Bobcats break numerous school records during that tenure.

Texas State set a single-season record for the lowest scoring average in 2018-19 and had the lowest team scores for a single round at the 2019 Big Texan Tournament and two-lowest 54-hole totals at the 2019 Big Texan and Lake Charlies Invitational tournaments. The Bobcats also had the top four individual averages in a single season and two best career averages since his arrival.

As a high school coach, Ashley led his teams to 12 District Championships and 12 UIL State Tournament appearances in both the Class 5A and 6A ranks. In 2010, he was named the San Antonio Express-News Golf Coach of the Year after leading MacArthur to the District 26-5A championship and a second-place finish in the Region IV-5A Tournament.

He also produced two individual runner-up finishes at the UIL State Championships and coached 30 players who went on and competed at the collegiate level. He also staffed and directed the Texas Junior Golf Tour for 11 years in the Austin/San Antonio area.

Ashley earned a master’s degree in education administration and a bachelor’s degree in multidisciplinary studies at Concordia University in Austin, Texas.

A native of Port Aransas, Texas, he was a two-sport athlete while at Concordia for the Tornados, competing for four years on the golf team and three seasons with the men's basketball squad.

Ashley is married to Cat Osterman. The couple lives in New Braunfels with his daughter, Bracken (10).