Soccer / Drills Send as a gift! 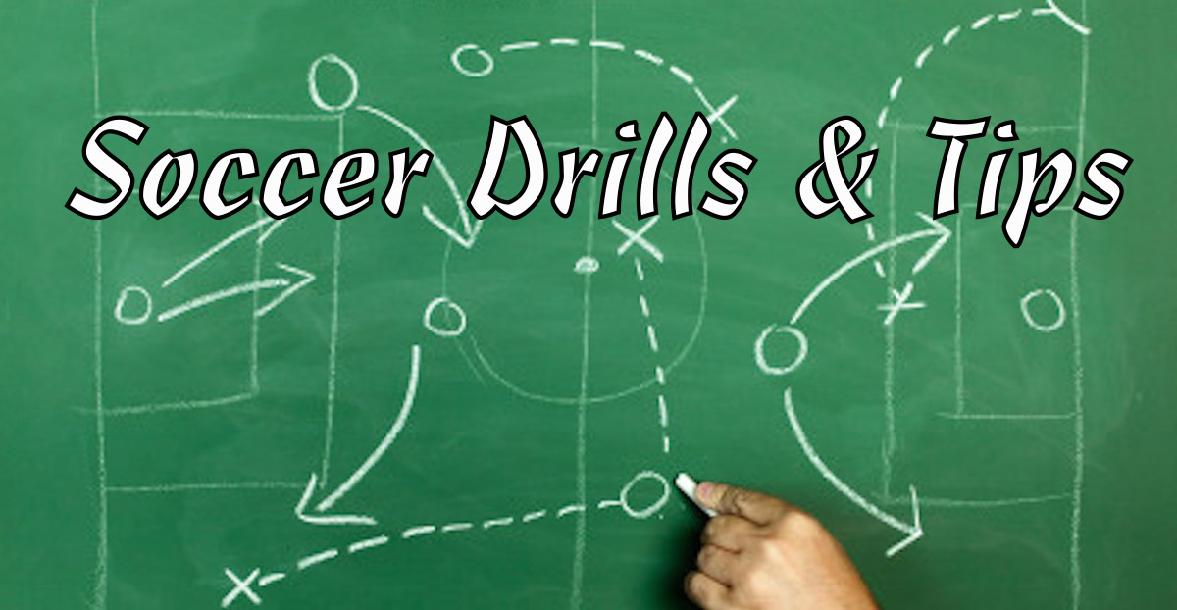 The Soccer Skills and Drills Library compiles 9 fantastic coaches, over 80 drills and an unparalleled level of expertise into one comprehensive teaching course. These instructional videos are designed to give parents, coaches and team volunteers all of the tools they need to teach kids how to play soccer. Take your skills as an instructor to the next level with this all-inclusive coaching resource.

A few of the skills covered include:

GiovannI Pacini has coached the Division II Lasell College (Newton, Mass.) men's soccer program since 1998 and has 28 years of coaching experience. He has led two teams to North Atlantic Conference championships, while earning its conference coach of the year honors in 2000, 2002 and 2006.

He serves the National Soccer Coaches Association as the Massachusetts State Technical Coordinator and is a noted coach of goalkeepers.

Dewayne De Rosario is an attacking midfielder who in 2009 joined Toronto FC for his ninth season in Major League Soccer. His teams have never failed to make the MLS postseason and his golden goal as a rookie gave the San Jose Earthquakes the 2001 MLS Cup. He also was a member of the Earthquakes’ MLS championship squads in 2003, ’06 and ’07.

De Rosario is known for his spectacular goals as much as his four MLS titles. He also is a long-time member of the Canadian Men’s National Team and has been named the Canadian player of the year three times.

Jimmy Conrad’s importance to the Kansas City Wizards of Major League Soccer is underscored by the fact he played every minute during the 2008 regular season and postseason. That’s what happens for a player who is a five-time MLS All-Star, the 2005 MLS Defender of the Year and a finalist for the award three other times. During the 2009 season – Conrad’s 11th in MLS and seventh with the Wizards – he was expected to play in his 250th regular-season game.

The highly regarded Conrad has been a captain of the U.S. Men’s National Team and played in the 2006 World Cup. At UCLA, he was a member of the 1997 Division I national championship squad. He actively discusses MLS through internet writing and radio podcasts.

A former youth national team player, Brunengo forged a reputation as a top youth coach. He led his B.W. Gottschee team to three consecutive Eastern New York Youth Soccer Association State Cup titles. That included the Under-11 crown in 2004, when the team went on to represent the United States at the Danone Cup in Paris, France.

In 2006, after his team won its third State Cup championship in a row, it went even further, becoming the only New York team to earn a Region I title by winning all of its five matches at the Regional Championships in Virginia Beach, Va. Their efforts saw the team gain nationwide coverage on the Fox Soccer Channel, and Miguel was named as bigapplesoccer.com's Boys' Youth Coach of the Year.

Nick Harrison coaches in the West Windsor-Plainsboro (N.J.) Youth Soccer Association and on the travel team level. Formerly a coach with Scunthorpe United and Liverpool University in England, and Hawaii Pacific University, Harrison is a talented and experienced coach, with an MS in Sport & Exercise Science and a NSCAA Premier Coaching License. He is also an AYSO Certified Licensed Instructor and a New Jersey Olympic Developmental Program evaluator.

Kevin Mackenzie is the head girls' soccer coach at West Windsor-Plainsboro High School North in Plainsboro, N.J. He is adept at coaching technical and tactical aspects of soccer.

Jim Buchanan is the head trainer with Maestro Soccer in New Jersey. Licensed by the English FA, the USSF and the NSCAA, Buchanan has been working with youth players for many years.

Buchanan has worked with many youth clubs in New Jersey, such as Hillsborough SC, South Brunswick SC and Greater Flemington SC. He is the varsity boys' head coach at Immaculata High School, and in 2008 led the program to its first state tournament appearance since 2002.

After playing as a youth with Doncaster Rovers FC in England, Buchanan attained a Physical Education/Sports Science bachelor's degree from Loughborough University, a premier sporting and educational institution in the UK.

The No. 13 isn't so unlucky. Jonathan Bornstein wore it while playing defense for five seasons for Major League Soccer's Chivas USA team. In 2006, Bornstein won MLS Rookie of the Year honors. Bornstein also has played for the USA National Team, including in the 2010 World Cup. He is now a member of Tigres in Monterrey, Mexico, a club in the Mexican Premier League.

Paul Riley has had a long and successful soccer career, both as a player and a coach. Signing for his hometown club Liverpool FC in the UK, he was the youth team's MVP. He played collegiately at Adelphi University. As a professional, he represented the Long Island Rough Riders (all-time leader in assists), the New Jersey Eagles (MVP 1990) and the Albany Capitals, and was named to the APSL All-Star team in 1989 and 1990. He won the NEPSL championship in 1991 and 1992 with different clubs (Glen Cove and Hercules) and was the league's MVP in 1991.

As a coach, he was at C.W. Post from 1986-97, including the last six years as head coach. He then took charge of the Long Island Rough Riders and was voted A-League National Coach of the Year in 1999 and the Umbro A-League All-Stars Coach in 2000.

In 2006, the Long Island Fury formed and joined the WPSL, the second-ranked women's league in the world. As head coach, Riley led the Fury to the national championship and a world ranking of No. 8 in that first season. In 2007, he formed a senior's men side, the Long Island Academy, which plays in the NPSL Eastern Division.

When Riley is not coaching the Fury or the Academy or overseeing the 19 girls' teams and 19 boys' teams of the Albertson Soccer Club, he runs the Paul Riley Soccer School, which hosts regular training camps and skill sessions for players of all ages. Riley is one of the top youth coaches in the country and has seen several of his players called up to represent the U.S. national youth teams.