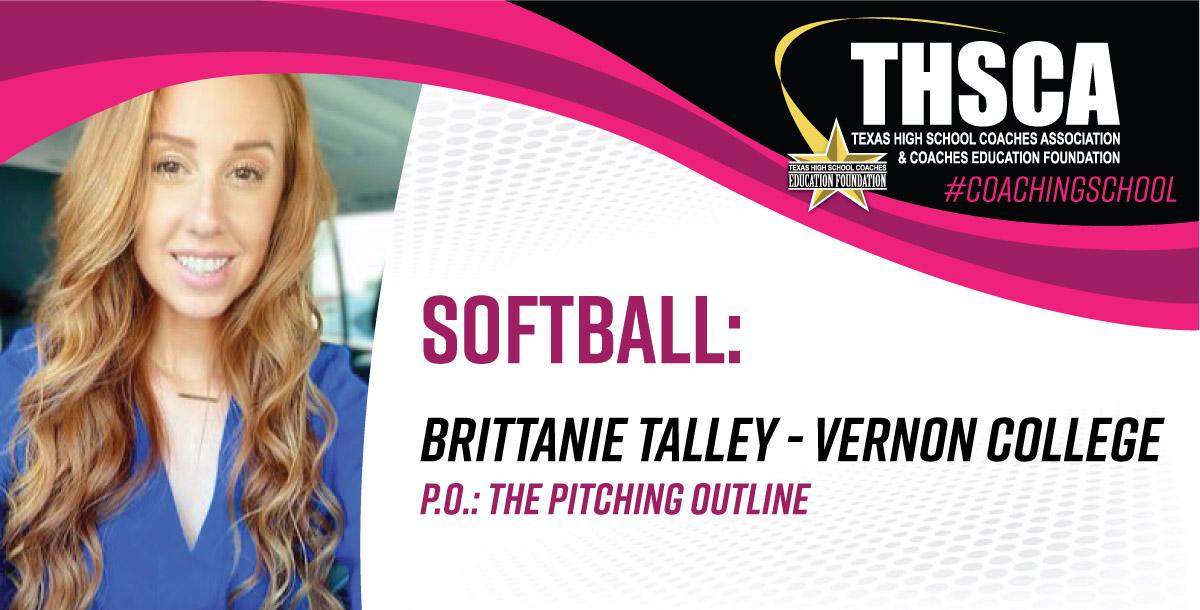 Brittanie Talley just completed her 5th season as Head Coach of the Vernon College Softball program where she was instrumental in turning the program towards the national spotlight for junior colleges. In 2019, Talley led the Chaps to their first 30-win season in 10 years and in a 2020 abbreviated season the Chaps were 23-1 and ranked 17th nationally. In 2021, the Chaps spent 10 weeks ranked in the NJCAA top 10 national rankings, finishing with a record of 42-12, the first 40 win season in 13 years, and six all-conference selections including the utility player of the year. Prior to VC, Talley served as an assistant coach at Alabama State University, winning a SWAC championship in 2016, and coaching 8 all-conference selections including: 2 freshman of the year, a pitcher of the year, 2 hitter of the year, and 1 newcomer of the year award. In 2011, she was the graduate assistant for Southern Arkansas University before pursuing a professional career overseas in Sweden. As a player coach for the Skovde Saints, she won a Swedish League championship and was the 2011 Swedish League Pitcher of the Year. That summer, she was also the Swedish National Team pitching coach for the European Championships where the team placed 8th, the highest at that time for Sweden. Originally, from San Antonio, Brittanie Talley graduated from Ronald Reagan High School in 2005, with her bachelor’s in health, PE and recreation from Jackson State University in 2010 and with a Masters in Kinesiology from Southern Arkansas University in 2017.