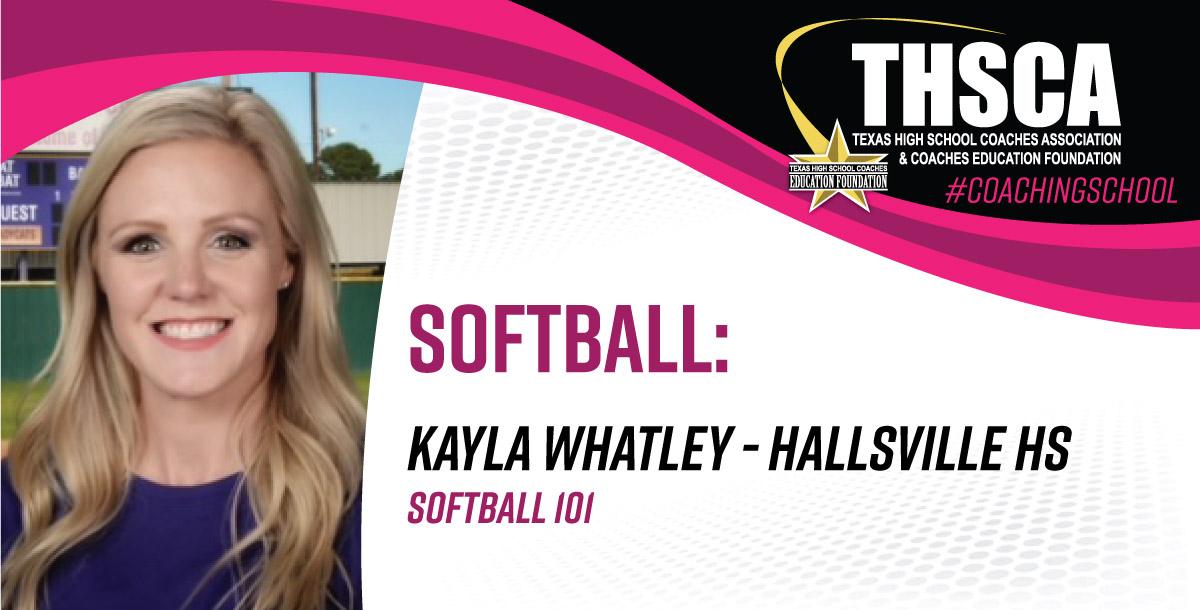 Kayla Whatley was a four-year letterman in softball, volleyball and track and a three-year letterman in basketball at Hallsville High School who went on to earn All-American honors in softball at the University of Arkansas-Monticello. Whatley, a 2017 inductee into the Arkansas-Monticello Athletic Hall of Fame, returned to coach at Hallsville in 2012-2013 as the school’s head volleyball coach and assistant softball coach. She took over as Hallsville’s head softball coach for the 2016-2017 season, and her teams have never missed the playoffs – losing to No. 1 ranked Forney in bi-district play in her first season before advancing to the regional finals in 2017-2018, the regional semifinals in 2018-2019 and earning a berth in the UIL State Softball Tournament this past season. The Ladycats were 13-4-1 in the COVID-19 shortened 2019-2020 season. Whatley and her husband, Chris, have been married for six years and have two daughters – 4-year-old Kinsler and 2-year-old Kabryn.