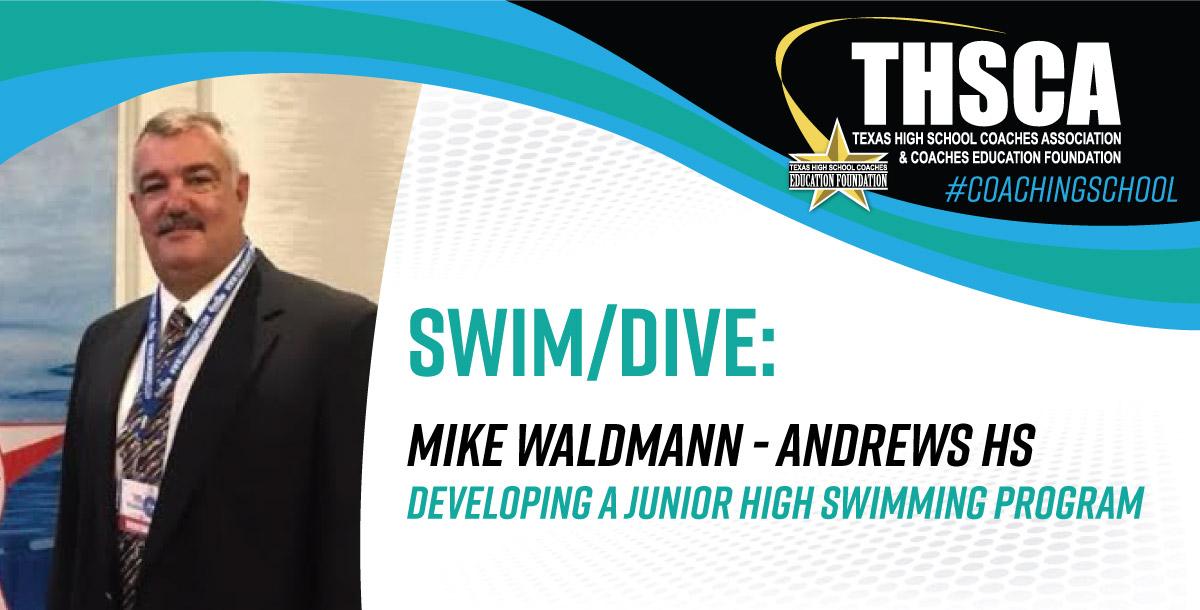 Mike Waldmann began his coaching career as a student assistant coach at Texas Tech in 1983.  Upon graduation in 1987, he was employed by Whiteface C.I.S.D. where he directed the swim lessons for the school’s K – 12 students.  1n 1989 Coach Waldmann began coaching at Andrews High School.  At that time, he had 12 high school swimmers and 8 swimmers on his developmental Andrews Aquatic Club.  In 2009, Coach Waldmann approached the school’s administration about the possibility of beginning a Middle School Swim Team.  The team began with 7 students.  Through the success that these swimmers were having, the program began to grow rapidly.  3 years later the program boasted an increase to 70+ swimmers annually.  With the success of this program, the results can be seen in the continued success of the high school program