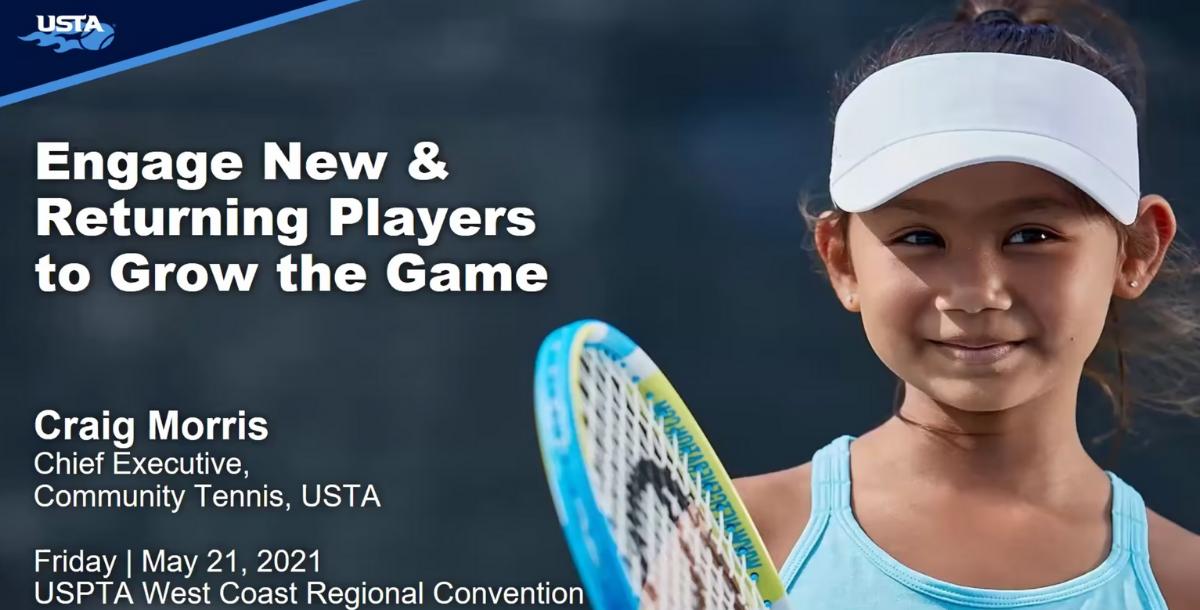 Tools to Help Engage Our New & Returning Players. Tennis participation increased by 22% in 2020 over 2019. Leverage this information and more from the Physical Activity Council's recent participation and industry study to further engage and retain these players. Learn more about the tools and resources available such as program curriculum, school partnerships, racquet manufacturers' hang tag activation, Serve Tennis, and the USTA's Grow the Game grants. Join us for information on how to gain an advantage from this unique opportunity to grow the sport and expand your business.

As the United States Tennis Association’s Chief Executive, Craig Morris oversees all aspects of Community Tennis including adult tennis, league tennis, youth tennis, USTA tournaments and all other areas for growing grassroots participation in the sport. Craig is also responsible for the integration of Player & Coach Development, USTA Foundation Programming and National Campus into Community Tennis as the USTA moves to a service-based organization focusing on accelerating and expanding tennis participation throughout the country.

Since his arrival at the USTA in November 2015, Morris was tasked with creating the USTA’s first-ever unified youth tennis brand – Net Generation. Net Generation launched in May 2017 and at the end of 2020 there are 67,000+ Safe Play approved providers & over 460,000 players & parents engaged in Net Generation.

Prior to joining the USTA, Morris served as the Director of Participation for Tennis Australia (2013 – 2015). In this role, he directed all aspects of strategy and delivery for growing the game in Australia.

Morris held a variety of positions with Australia’s governing body of tennis. As the National Leader of Hot Shots, he developed the strategy of bolstering youth participation and increased registered players in the program by more than 300 percent in just three years. Prior to that role, he was the Manager of Athlete Development (2007 – 2011). While Head of Women’s Tennis and Manager of Athlete Development (2009 – 2011), he directed the national operations of the player pathway, focused on developing high level players. Morris also served as Manager of Coach Development (2004 – 2007), where he directed all coaching education policies and programs.

Between 2001 and 2004, Morris coached Samantha Stosur (2011 US Open Champion) on the WTA tour as part of the TA Optus Achievers program. Morris was Stosur’s first tour coach and during this period transitioned her into the top 100. Previously, Morris held the position of Women’s tennis coach for the Australian Institute of Sport (AIS), travelling with Australia’s leading female junior athletes on the ITF junior tour.

Additionally, Morris holds a Tennis Australia High Performance coaching qualification, a Bachelor of Education and a Masters of Sport Management.