Games Based Tennis Practice to Stir the Heart, Soul, and Play of Your Team 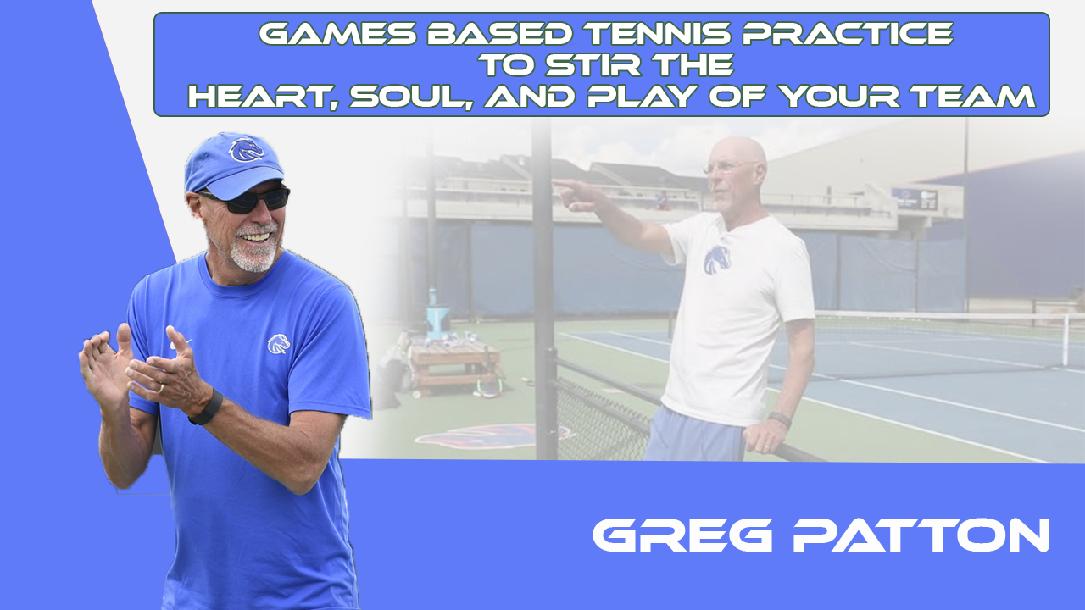 The reason we play tennis is for the love of the GAME.

Everyone loves games. And Incorporating more games into your practices will naturally lead to more engagement and buy-in from players.

The other benefit to games is COMPETITION.

Where a lot of instruction can be mechanical, technical, and uninspiring... games are FUN. And competition is built in.

Competition breeds success as each player strives to come out "on top".

In this insightful look at the games based approach, Greg Patton shows us how we can design our practices for maximum player engagement.

Your players will learn to COMPETE through fun, engaging games... that will naturally translate to more W's.

Coach Greg Patton is a widely respected coach at both the national and collegiate level. He is currently head coach of the Boise State Broncos men's tennis program at Boise State University. With a record at Boise State of 203-67, he has a history of winning. In fact, he has won seven conference championships in nine seasons in four different conferences.

His overall college record is 554-260, which speaks for itself.

Patton is also a decorated coach in World TeamTennis. He was the head coach of the St. Louis Aces, whose roster includes Andy Roddick.

You just booked "Games Based Tennis Practice to Stir the Heart, Soul, and Play of Your Team"