How to Develop a Great Competitor on The Circuit - Andrei Medvedev 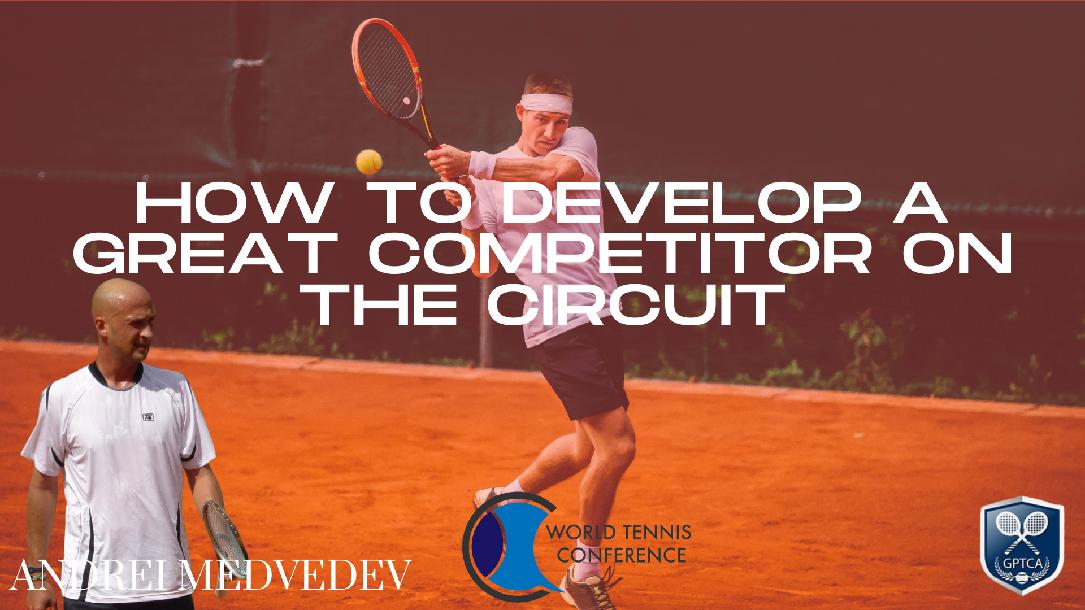 To consistently win tennis matches at the highest level, players need to be extraordinary competitors.

So the logical question for any coach that wants to develop champions is: "Can a great competitor be created, or is it something "you're born with?"

According to GPTCA legend, and French Open finalist Andrei Medvedev... both.

In How to Develop a Great Competitor on The Circuit, Medvedev shares exactly how to look at your players and the best routes to go to develop competitiveness.

- Why John McEnroe thinks players today are too tight in the big moments.

- What to look for from your players in critical moments... and how to use this information to help them become better competitors.

- and much much more

If you're in the business of developing champions at the highest level, Medvedev's course "How to Develop a Great Competitor on The Circuit" will really help.

Andrei Medvedev is an esteemed member of the GPTCA, and was a featured presenter at World Tennis Conference, put on by Segal Institute.

He is also a former professional player who reached the final of the French Open in 1999, the French Open semifinals in 1993 and won four Masters titles during his career, achieving a career-high ranking of four in May 1994.

He has beaten Sampras, Kuerten, Edberg, and many more legends of the game... and remains one of the most respected coaches in the game.