Tennis / Doubles Send as a gift!

Kickoff Party with the Bryan Brothers 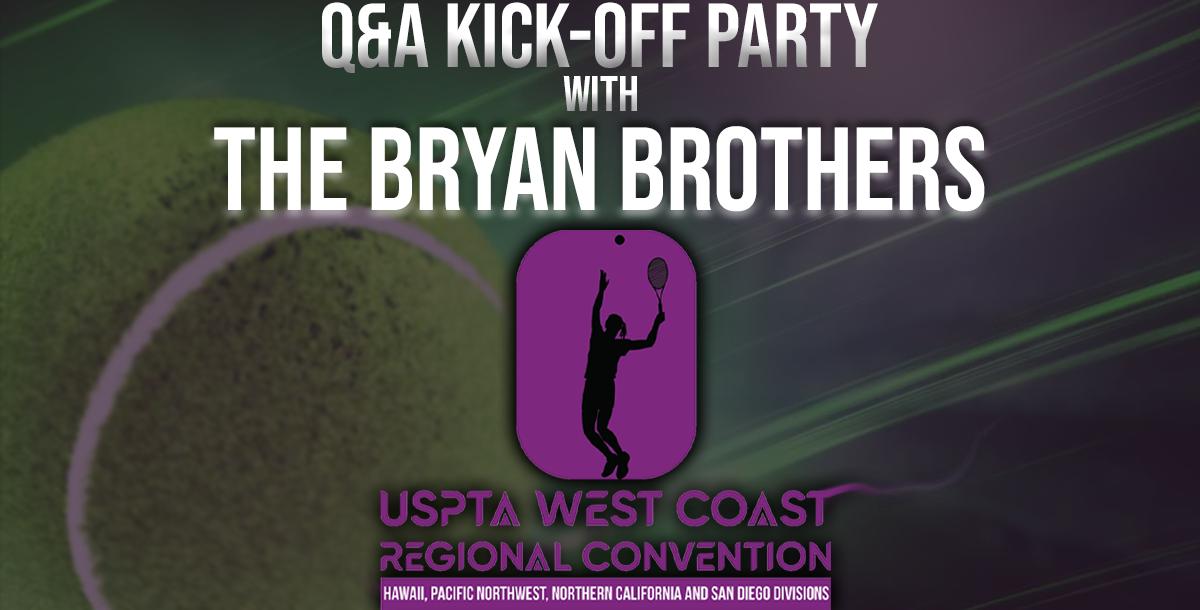 The Bryan Brothers, identical twin brothers Robert Charles "Bob" Bryan and Michael Carl "Mike" Bryan, are retired American professional doubles tennis players and the most successful duo of all time. They were born on April 29, 1978, with Mike being the elder by two minutes. The Bryans have won multiple Olympic medals, including the gold in 2012 and have won more professional games, matches, tournaments and Grand Slams than any other men's pairing. They held the World No. 1 doubles ranking jointly for 438 weeks (Mike has been ranked Men's Doubles World No. 1 for a total of 506 weeks), which is longer than anyone else in doubles history, and have also enjoyed that World No. 1 ranking together for a record 139 consecutive weeks.

They have finished as the ATP year-end number 1 doubles team a record 10 times. Between 2005 and 2006, they set an Open Era record by competing in seven consecutive men's doubles Grand Slam finals.

They are also well known for celebrating winning points by chest-bumping each other. Some of their success is attributed to their particular brand of twinship: the Bryans are "mirror twins", where one is right-handed (Mike) and the other left-handed (Bob). This is advantageous for their court coverage. They were coached by David Macpherson between 2005 and 2016. In January 2017 they reunited with coach Phil Farmer, who previously trained them to their first grand slam title, the French Open men's doubles.

Turning pro in 1998, the brothers retired in August 2020, having played (and won) their final match as a team in March of that year.

Only team to win Olympics Gold plus four consecutive Grand Slams starting with the 2012 Olympics in London, followed by 2012 US Open, 2013 Australian Open, 2013 French Open, and Wimbledon 2013 —known as the Bryan Golden Slam

You just booked "Kickoff Party with the Bryan Brothers"