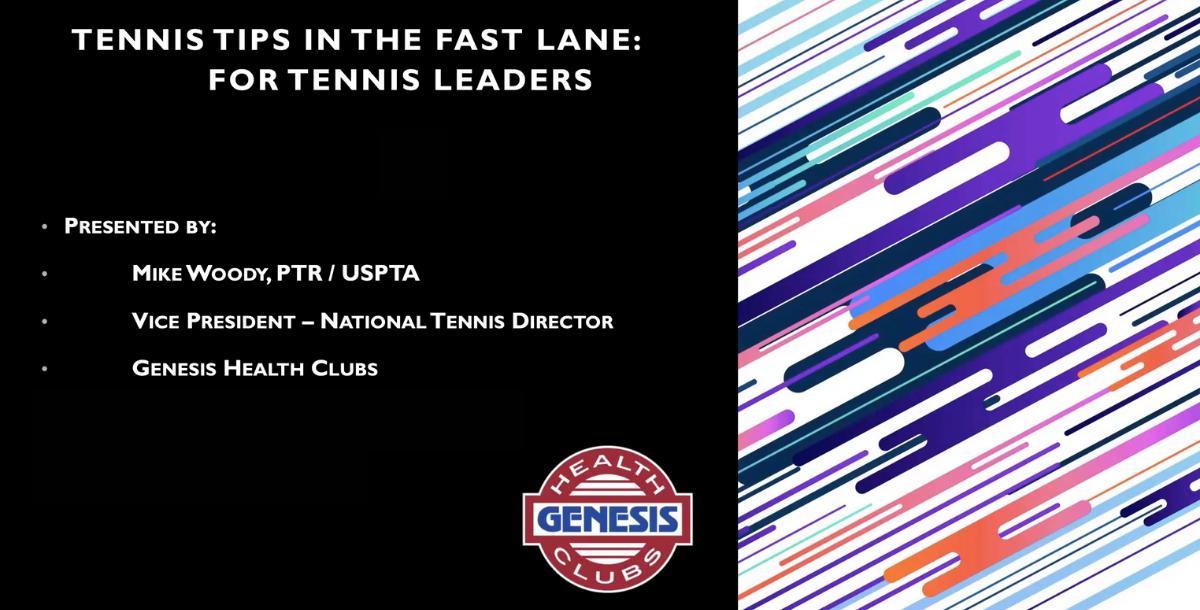 Mike Woody joined the Genesis Health Clubs Executive Team in late 2015. He oversees tennis operations for a total of 7 clubs. Mike’s role is to inspire, lead, and train a team of 30+ tennis professionals who lead programming on a total of 48 indoor tennis courts.

Before Genesis Health Clubs, Mike was the Executive Director of the Greater Midland Tennis Center for over 22 years and Vice President of Operations for Greater Midland, INC. As the Executive Director, Mike lead a cast of 40 team members who delivered creative tennis programs through innovative marketing and communication tactics. His managing of a 39 court tennis complex (16 indoor/ 23 outdoor) involved directing the longest standing USTA Pro Circuit Women’s Event, overseer of 20 National, Sectional, Collegiate, and local events. Mike is an expert in the development of tennis and grass roots programming, he has developed and administered 4 additional park and recreation programs congruent with the Center’s operations. In today’s changing times his philosophy of moving fast and smart attributed to the Greater Midland Tennis Center’s success. Mike is highly involved in the tennis industry, he is a USTA Master Trainer, Professional Tennis Registry Workshop Leader, and speaker at tennis conventions nationally. In 2005 he was awarded the National USPTA Facility Manager of the Year, he also received the USPTA/USTA National Community Service Award for excellence in grassroots and tennis growth in 2004. In 2009 received the TIA/ PTR Industry Involvement Award for commitment and excellence in the tennis industry. The Greater Midland Tennis Center was acknowledged by Tennis Industry as the Municipal Facility of the Year in 2003 and 2009. In 2011, he was awarded the USPTA Midwest Pro of the Year and PTR State Pro of the Year. In 2012 Mike was inducted into the Midwest USPTA – Hall of Fame. Mike is a member of the Wilson’s Speaker’s Bureau and a Wilson Team Member.

His work in the community has been acknowledged by the following awards: Business Hall of Fame “Rising Star” Award by Junior Achievement, Leadership Midland and Michigan Participant, Excellence in Business- Enterprise Award. Mike was recently named Tennis Industry’s Person of the Year. This award recognizes Mike’s commitment and dedication to the tennis industry.

NEW!
Dirk Hordorff - "If you don`t improve you go back". by The Tennis Talk
Views: 9
FREE

NEW!
Andres Gómez - "You have to be ready for your moment" by The Tennis Talk
Views: 2
FREE