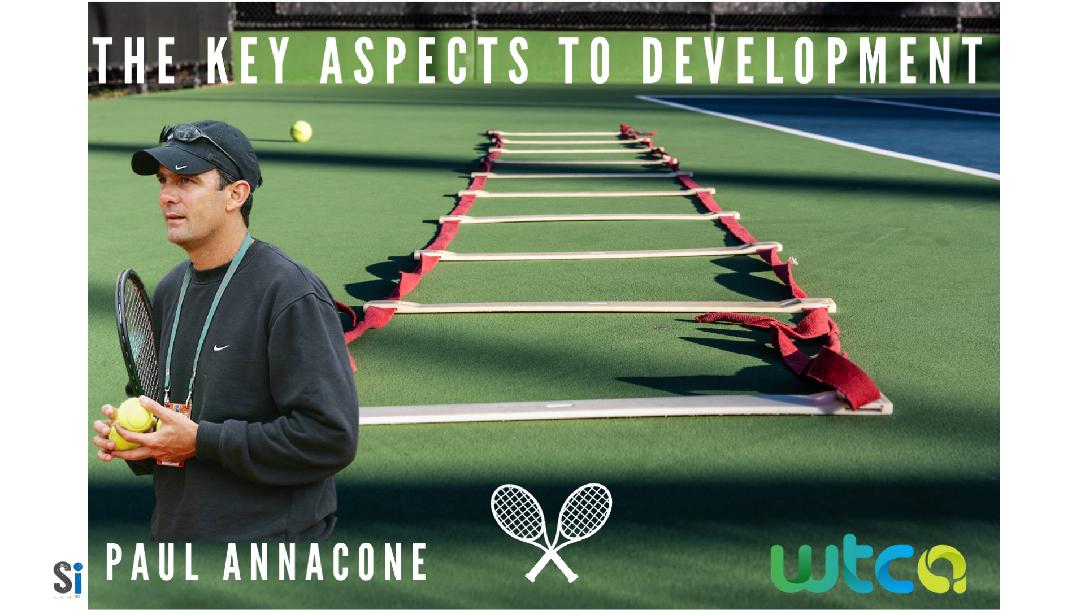 Paul Annacone is now a celebrity, appearing regularly on TV as one of the best tennis analysts in the game.  But he's also coached 2 of the greatest players of all time.

In this course, Paul shares insights on:

- The difference between "The Mechanic" and "The Magician"... and why these two personalities need to be coached DIFFERENTLY.  As well as which you should default towards when working with young juniors.

- The 3 components that make a champion... and why 2 of them are more important when it comes to maximizing a player's potential.

Paul Annacone has coached 2 of the greatest players of all time (Roger Federer and Pete Sampras), he has also worked extensively with Taylor Fritz and Sloane Stephens.  This came after Paul reached #12 in the world as a player.

He is widely recognized as one of the brightest minds in the game of tennis, and has become a celebrity of sorts as a TV personality on The Tennis Channel.

Part of what makes Annacone so effective, is his deep understanding of the game, and his ability to articulate complex ideas in an incredibly simple way... it's no wonder his players seem to maximize their potential.

How to Develop a Great Competitor on The Circuit - Andrei Medvedev by World Tennis Conference
Views: 442
$19.99

You just booked "Paul Annacone - The Key Aspects to Development"