Building Your Program ... One Player at a Time - Fran Flory 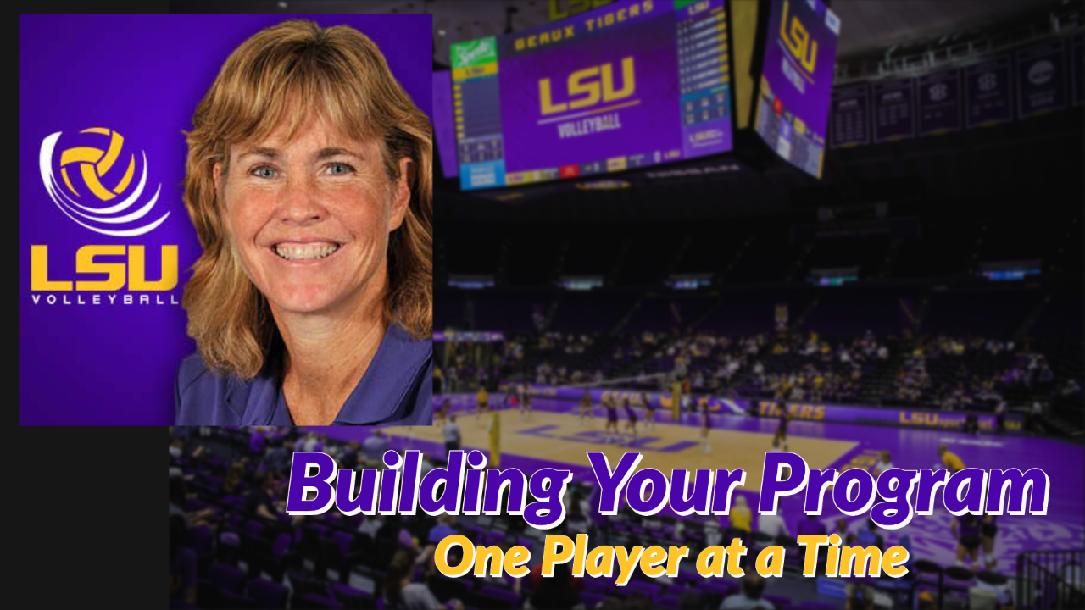 Fran Flory goes through everything you need to know to build and create a winning volleyball program.

Fran Flory, the winningest coach in program history, enters her 22nd season at the helm of the LSU volleyball program after leading the Tigers to nine NCAA Tournament berths in the last 14 seasons. The 2009 Southeastern Conference [SEC] and American Volleyball Coaches Association [AVCA] South Region Coach of the Year, Flory was hired as the program’s fifth coach leading into the 1998 season and has returned the Tigers to national prominence during her tenure.

LSU has been nothing short of spectacular and continues to raise its level of success under Flory. The Tigers have averaged 19 wins per season since 2005, including the 2009 SEC championship which ended Florida’s 18-year reign atop the conference and seven of eight SEC Western Division titles from 2005 to 2011. The seven straight division titles was the second-longest streak in SEC history, while the six consecutive NCAA Tournament bids from 2005-10 are a program record.

Flory has coached 12 AVCA All-South Region First-Team picks which include a pair of AVCA All-Americans from 2007-09 and again in 2017. It marked the first time in program history that LSU recorded three straight seasons with multiple All-America selections. The Tigers also have secured 44 All-SEC selections during Flory’s tenure in Baton Rouge, as Cati Leak earned her first All-SEC nod in 2014 and freshman Taylor Bannister earned her first team and freshman honors in 2017 & First Team honors again in 2018.

Despite a limited amount of time to speak, Coach Flory discusses many topics and encourages all coaches to not only better their teams, but themselves. She also touches on truths that many are not willing to admit.

You just booked "Building Your Program ... One Player at a Time - Fran Flory"