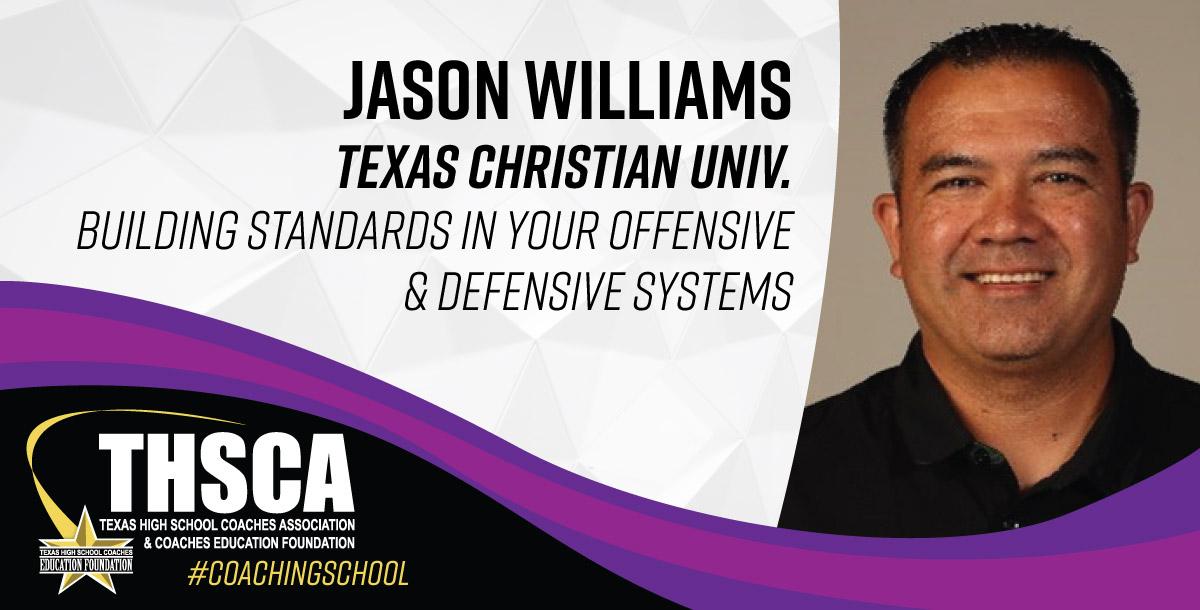 1 Building Standards in Your Offensive & Defensive Systems 0:00 2 Ways to Train Blocking at All Levels & Training Defense to Score Points 0:00

Williams was instrumental in Baylor posting six consecutive 20-win seasons and NCAA Tournament appearances, including this year’s 22-6 mark with a 14-2 record in Big 12 Conference play. The Bears climbed as high as No. 6 in the national rankings and made their third consecutive trip to the NCAA Tournament Sweet 16. Baylor has finished first or second in the Big 12 the last five seasons. In 2019, the Bears earned a No. 1 national ranking, won the program’s first Big 12 championship with a 15-1 conference record, were the NCAA Tournament’s No. 1 overall seed and reached the Final Four.

Williams coached six players at Baylor to All-America honors, including 2019 AVCA National Player of the Year and five-time All-American Yossiana Pressley. He has also been an assistant coach and scout for the USA National Team Development Program.

Before arriving at Baylor, Williams was a highly successful coach at the junior club level in Texas. In the 10 years prior to his time in Waco, Williams led his club teams to annual top-20 national rankings with eight of those squads in the top 10. In 2014, Williams' 16s team won the AAU National Championship and the JVA World Challenge. He led three teams to the finals of the USA Junior National Championships in the open division, as well as five top-five finishes.

Williams also had four teams finish in the top 10 of the final year-end national rankings on PrepVolleyball.com. Those squads would go on to win several national qualifiers, including Lonestar, as well as Tour of Texas championships.

Williams was a four-sport athlete (football, basketball, baseball and track) at Plano East Senior High School in Plano, Texas. He went on to play two years of football at Austin College. Williams then embarked on a successful beach volleyball career. Primarily playing setter, he was on several men's teams that competed at the USAV Open Championships.

Williams' wife, the former Cory Sivertson, was also a setter and became the first volleyball player inducted into the Baylor Hall of Fame. She closed her career holding 18 school records, many of which still stand. Williams credits his successes on the volleyball court to Cory's success, knowledge and influence.

The Williams have two children, Callie and Barrett. Callie was a member of the Baylor volleyball team.