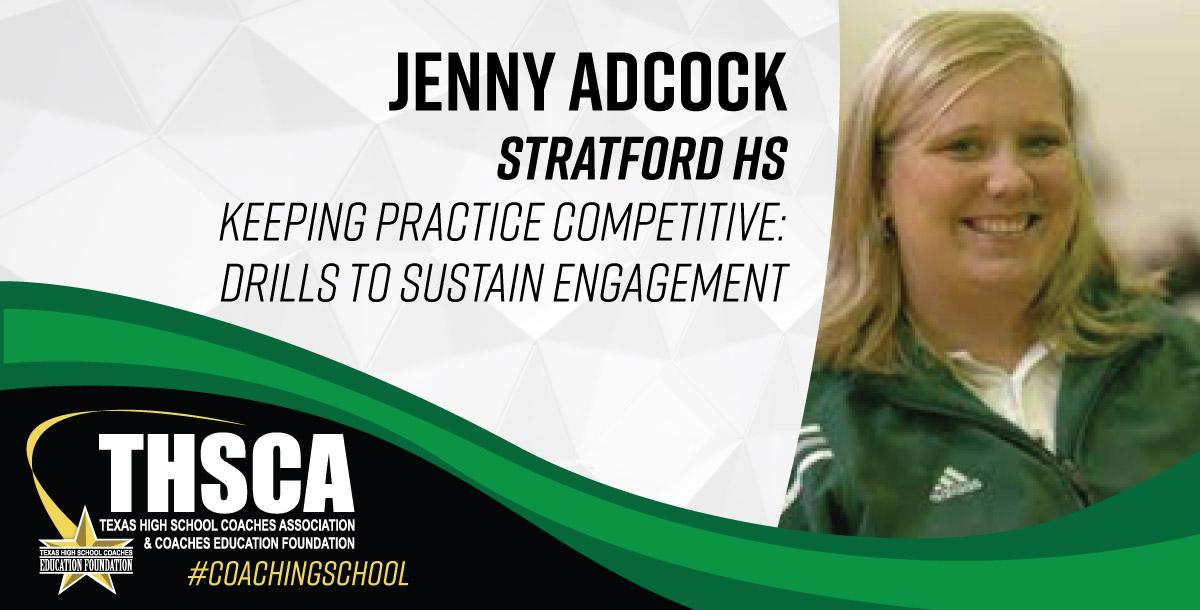 Jenny Adcock is in her 21st year of coaching and teaching.  To start her career, Jenny spent three years as the Varsity Coach of Allen Academy, where she led the Lady Rams to three undefeated District Championships and one State Championship in 2002. She was selected as the 2002 District Coach of the Year and a 2003 TAPPS All-Star coach. She spent nine years in Spring Branch ISD as an assistant at Stratford and Memorial High Schools.  While at SHS and MHS, Jenny served on the TGCA sub-varsity committee, was a clinician at the TGCA Satellite Clinic in Houston and was selected as a GHVCA All-Star Assistant Coach. Jenny took over the program at Clements High School in the fall of 2013 and led the program to consecutive playoff appearances before returning to the helm of Stratford in 2016.  She is the president of the Greater Houston Volleyball Coaches Association, serves on the AVCA High School Leadership Council, and is the Assistant Campus Athletic Director for Stratford.