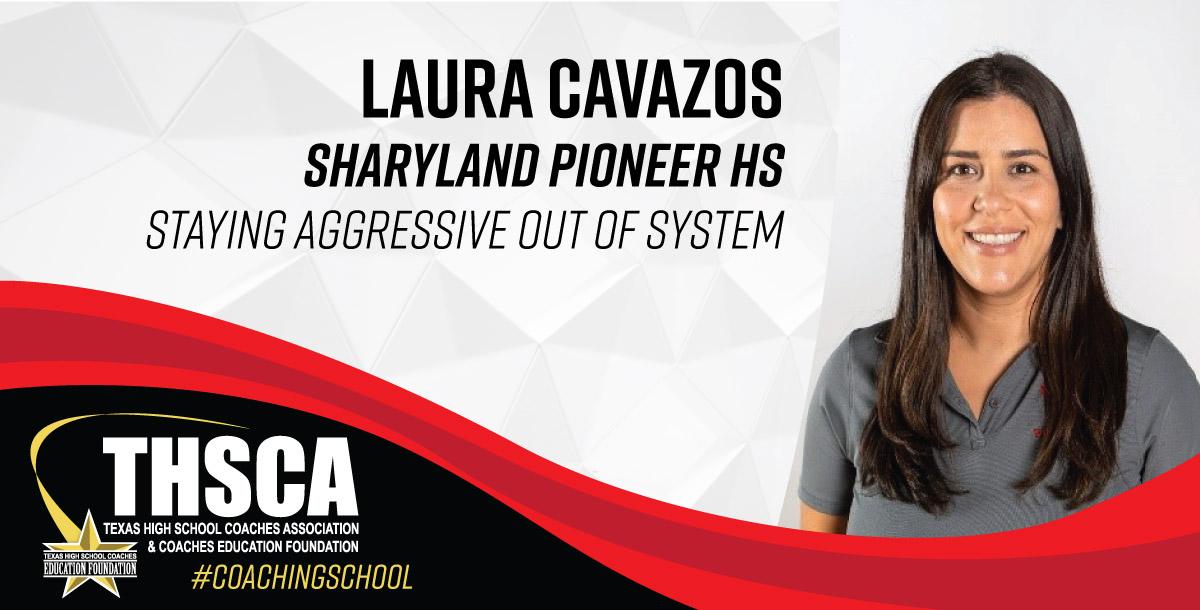 Laura Cavazos is entering her 9th year as the Head Coach at Sharyland Pioneer High School, a program she started in 2014. As the head coach, Cavazos has led Pioneer to the State Playoffs for 8 consecutive years. In 2021, Pioneer won the Mission Tournament, the Sharyland ISD Invitational, and claimed the 31-5A District Championship. The 37 wins during the 2021 season were the most in program history.

A former collegiate athlete, Cavazos was the setter and team captain at Prairie View A&M University. In 2006, she led the Panthers to a Southwestern Athletic Conference Championship and a first-round appearance in the NCAA Division I Tournament against Big XII opponent - University of Texas. As a result, the 2006 Lady Panther team was inducted into the Hall of Fame in 2016.

Her coaching career began straight out of college as an assistant at the University of Texas Pan American in 2008, where she was the recruiting and camp coordinator. In 2012, Cavazos joined the Sharyland ISD family, debuting as the Head Coach at Sharyland High School. During that time, Cavazos led the Rattlers to two District Championships and the Regional Tournament.

Coach Cavazos has a Bachelor′s Degree in English from Prairie View A&M University and a Master’s Degree in Sports Administration from Northcentral University. She and her husband, Jaime Cavazos, have two sons, Jacen (8) and Logan (6).