Connecting Potential to Performance: How to Develop Talent in Young Athletes 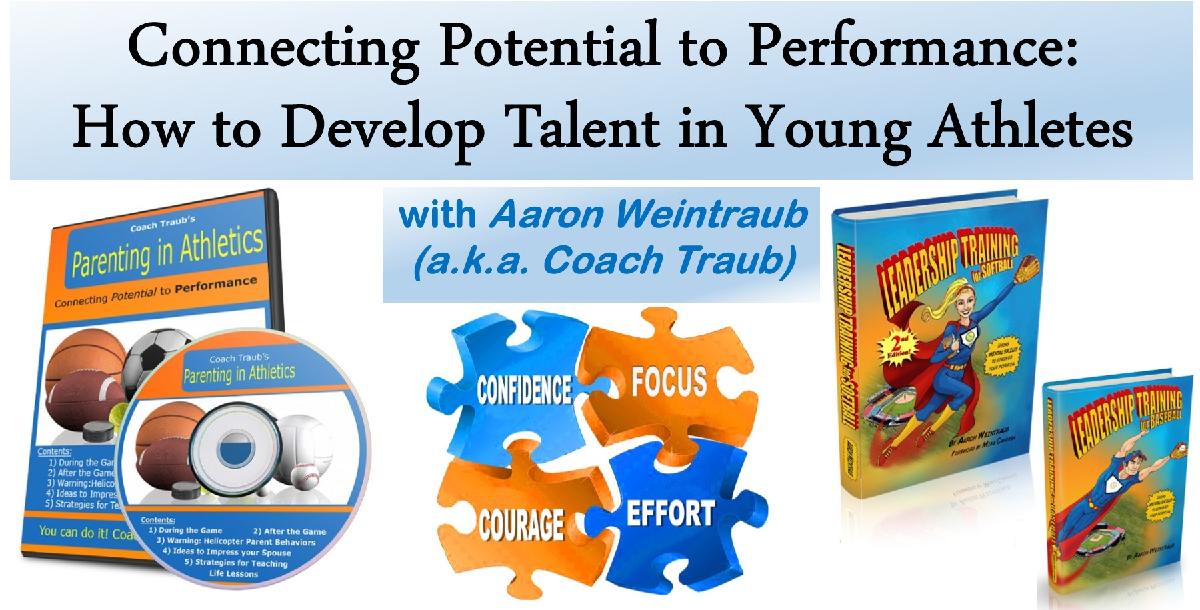 Parents of athletes, this course will help you pass the test of life. It's okay to get help - you don't have to be sick to get better! Who has time to read all education and neuroscience research and test out the best practices that the world of sport psychology is suggesting? Parenting just might be the toughest job in the world and there are no simple answers. If you are investing significant time, money, and emotional energy into yoh sports (ages 4-18), then you'll want to take this course. Doing so is simple and can be done in the car, as Coach Traub discusses these details and more:

"Let’s teach our kids to have a healthy perspective on sports and on life so they will enjoy, persist, and work together well…and perform better, especially under pressure, too. What follows are some concrete strategies to achieve this healthy way of looking at sports, starting right in the middle of the things with how parents want to behave during the game."

"The poor parenting behaviors that make me the most sad are those that make it nearly impossible for the child to relax and focus during games."

Aaron Weintraub (also known as “Coach Traub”) lives near Dallas, TX with his wife Nicole and their 4 children. He earned degrees at Emory University in Atlanta and a Master of Education from the University of Virginia, majoring in Sport Psychology and Motor Learning. He is a disciple of the late, great Harvey Dorfman, who wrote The Mental Game of Baseball and other books.Coach Traub is honored to be called “Coach” by quite a few people over his 21 years in coaching. He coached college baseball for 13 years with success at: Emory University, Presbyterian College, Brevard College, The University of Virginia, and Cedar Valley College. He has been a full-time mental skills coach, consultant, and author going on ten years now. He has worked with individuals and teams in all sports from figure skating to golf to softball to football. He has, on multiple occasions, taught mental skills to parents and athletes jointly with 19X World Champion Sprinter Michael Johnson. He has authored two books: A Coaches Guide to Winning the Mental Game and Leadership Training for Softball. He has also put together a mental skills training workbook for athletes, a mental skills training workbook for coaches, and organized three Mental Skills Training Full-Day Workshops for professional coaches. His speakers at those have included Trevor Moawad, who is the mental skills coach for Alabama and FSU Football, among others; Fran Pirozzolo, whose clients include PGA golfers, Evander Holyfield, The New York Yankees (he earned 4 World Series Championship Rings with them), The Texas Rangers (1 American League Championship Ring), the Houston Texans, and others; and Vince Poscente, an Olympian and a professional speaker.

Coach Traub has consulted for many teams or Athletic Departments, including:

Speaker for these and others:

Frozen Shorts Presenting at the University of Rochester Medical Center by frozenshorts
Views: 308
$10

You just booked "Connecting Potential to Performance: How to Develop Talent in Young Athletes"