36 years of coaching from HS to college﻿: Everything you need to know 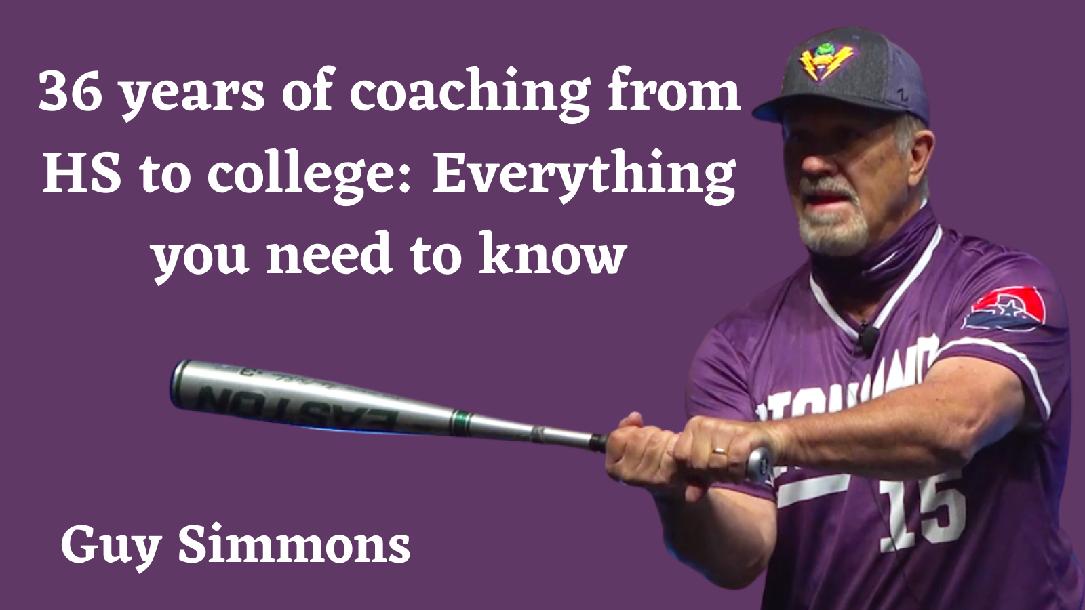 36 years of coaching from HS to college: Everything you need to know..

Becoming a great coach takes time, patience, commitment and deeper understanding of the game. A coach is supposed to be the leader of the pack, the guru, the all knowing person you go to when you win a big outcome. Without years of experience, a coach wouldn’t have the knowledge or know how to, which often leads to a negative result. That's why only coaches with decades of coaches or a select few with great game IQ are chosen to carry out the job. After all, they've spent a very long time mastering their craft.

Coaches are meant to empower and encourage individuals, promote club unity and chemistry. They help develop players to reach their untapped potential. They have the ability to unlock levels which players didn't know they could reach. It all comes from experience.

In this course, Coach Guy Simmons discusses coaching every stage, from youth to high school to college players. He gives us a road map of his 36 years of coaching. Everything from recovering from losses to overcoming adversity is right here. Learn how to become a better coach from one of the best.

Simply click the ‘Book This Course’ button at the top right of this page, place your order, and you’ll immediately be logged into the training with full access. Learn everything you need to know on how  to coach baseball, all from 36 years of experience.

1 36 years of coaching from high school to college﻿: Everything you need to k 0:00

Head Baseball Coach Guy Simmons was a Championship winning Louisiana High School Coach before moving to the College level. He earned both a Bachelor and a Master in Education degree at Northwestern State University (NSU).

He launched his Coaching career at Forrest Hill Academy. He moved onto Bolton High School before settling in at Westlake High School. In his first year at Westlake, Coach Simmons led his team to a district title, and he would go on to take his team to the playoffs in each season of his 12-year tenure. Westlake compiled a 215-109 record under Simmons, capped by a Louisiana state title in 1996.

You just booked "36 years of coaching from HS to college﻿: Everything you need to know"