Baseball / Drills Send as a gift! 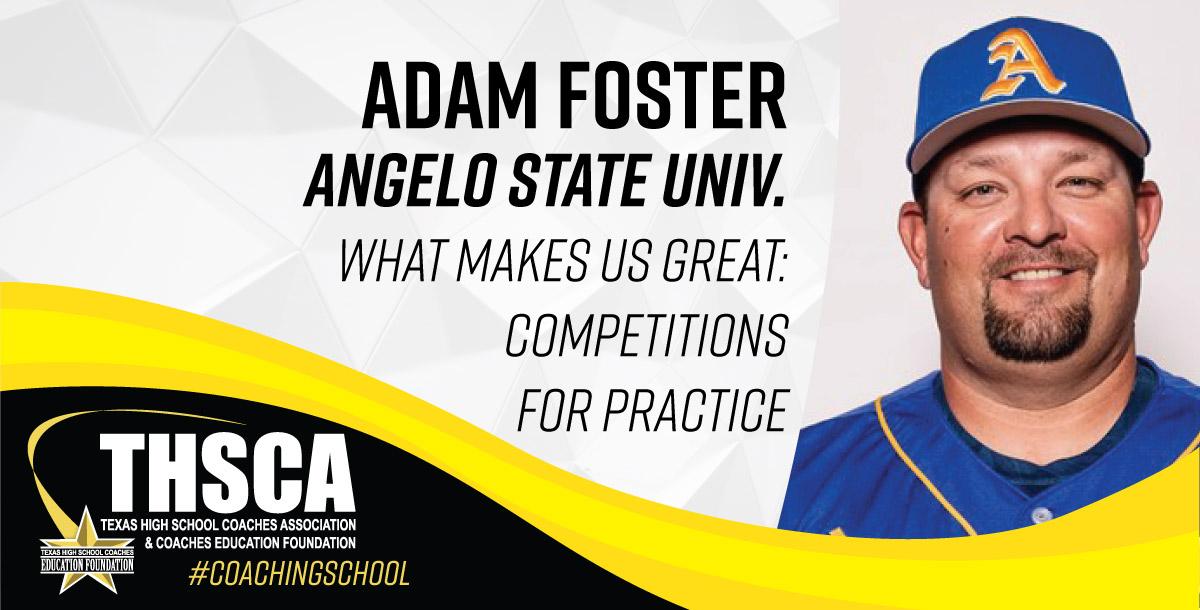 Lecture Title: What Makes Us Great: Competitions for Practice

Lecture Title: What Makes Us Great: Competitions for Practice

Adam Foster enters his third season as the pitching coach for the Angelo State baseball program heading into the 2021-22 season.   In just a short time with ASU, Foster has helped turn the Rams into one of the top pitching staffs in the country. In 2021, the Rams held the lowest team ERA in the Lone Star Conference at 3.16, led in strikeouts with 478, and gave up the fewest total runs. In Division II, the Rams finished second overall in ERA, second in total shutouts with seven, and fourth in strikeouts.    Starters Trent Baker and Benjamin Elder were both named 1st-Team All-Conference and All-Region while Baker was named the LSC Pitcher of the Year and D2CCA South-Central Region Pitcher of the Year.   Before ASU, Foster was the Head Baseball Coach at Georgetown High School. During his time at GHS Foster amassed 192 wins in 7 seasons. Coach Foster spent 16 seasons with GHS baseball and helped over 100 players reach the next level. Of those 100 players, 13 played professional baseball. During his time as Head Coach, Foster led the Eagles to their first-ever state tournament in 2015, and again in 2018, finishing second in the state both years. In 2018, the Eagles set the 5A record for wins in a season with 41.   Before his time at Georgetown High School Foster spent two years as a hitting instructor and infield coach at New Mexico Highlands University in Las Vegas, NM.   A graduate of West Texas A&M University, Foster earned a Bachelor of Science degree while being a member of the football and baseball program.   Foster and his wife Christy have two daughters, Baylie and Samantha, and a son Andrew, his wife Allie, and two grandchildren Mazie and Steele.