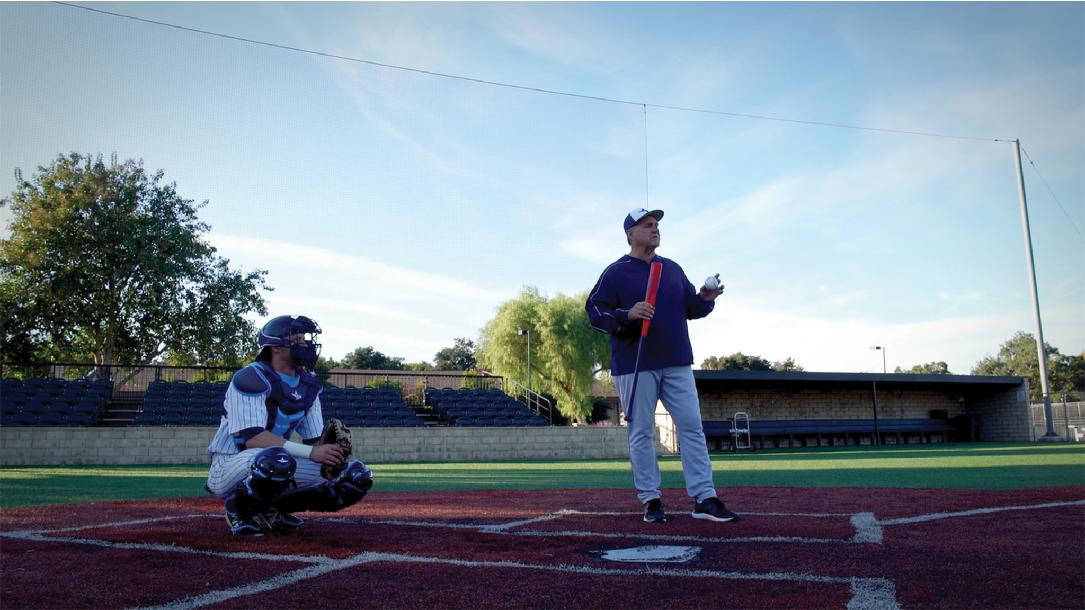 Receive over an hour of instruction and drills to help you become a better catcher. The information in this program comes from Danny's program that he wrote for the St. Louis Cardinals and Houston Astros. This instruction is now available to you! 8 Major Sections of Focus
1. Receiving
2. Game Management
3. Blocking
4. Footwork and Throwing
5. Plays at the Plate
6. Fielding Bunts
7. Pop-ups
8. Wild Pitch/Passed Ball Professional Drills
This video contains 20+ drills and variations to rehearse and refine the essential skills that are needed to become an elite catcher. These are drills that Sheaffer has put professional players through during his entire coaching career. Catchers at any level can benefit from working through each of these drills. Exclusive Instruction
This video is also filled with practical instruction on how to run a pitching staff, how to call a game, how to manage the umpire-catcher relationship, and much more... Endorsements
• "Danny Sheaffer's program gave me all I needed mentally and physically. This catching program helped me to where I am today. I fully recommend it to all levels."—Yadier Molina, St Louis Cardinals
• "Danny Sheaffer's program gave me the tools and skills needed to succeed in the transition from College to Professional baseball."—Jason Castro, Minnesota Twins
• "Danny Sheaffer's program is the perfect place for a young catcher to put a sound foundation in place. His development of Major League All-Stars and Gold Glovers is directly related to his experience and expertise behind the plate."—Bobby Heck, Tampa Bay Rays
• "Learning from the best means learning from Danny Sheaffer. As a former MLB General Manager, my job was to know the best baseball coaches in the world. Danny has that reputation in the MLB catching world."—Kevin Malone, Former General Manager with the Los Angeles Dodgers and Montreal Expos
• "After 50 years of coaching college baseball, Danny Sheaffer's instructional catching video is the most comprehensive and complete collection of needed skills to excel at any level of baseball."—Ron Polk, 50 Year College Coach
• "Knowledge. Experience. Passion. These are only a few words describing Danny Sheaffer. if you want to grow and excel as a catcher, his video should be a "go to" tool to watch over and over again."—Keith Madison, American Baseball Coaches Association Hall of Fame

Danny began his career with the Boston Red Sox after being selected in the first round of the 1981 Major League Baseball Draft. During his 18 year playing career he spend 8 seasons in the Major Leagues with the Red Sox, Indians, Rockies, and Cardinals. Since then he has spent the last 19 years as a manager or a catching coordinator in the Cardinals, Astros, and Rays organizations. Danny has managed every level of Minor League Baseball, and created a developmental catching program for The St. Louis Cardinals and Then Houston Astros. During his years in player development he has won awards in each of the organizations he has been a part of. Playing Highlights
• Home Run in first MLB game
• Member of the inaugural Colorado Rockies team
• Started and played 8 positions in the Major Leagues
• Played in the 1996 NLCS
• Hit .340 for AAA Pawtucket in 1986 Player Development Awards
• George Kissell Award, St Louis Cardinals
• Player Development "Man of the Year" award, Houston Astros
• "Future Major League Manager", Baseball America Players Managed
• Yadier Molina
• Jose Altuve
• Hunter Pence
• Adam Wainright
• Dan Haren
• Jason Castro
• Skip Schumaker
• Jason Motte
• Chris Narvenson
• And Many More...