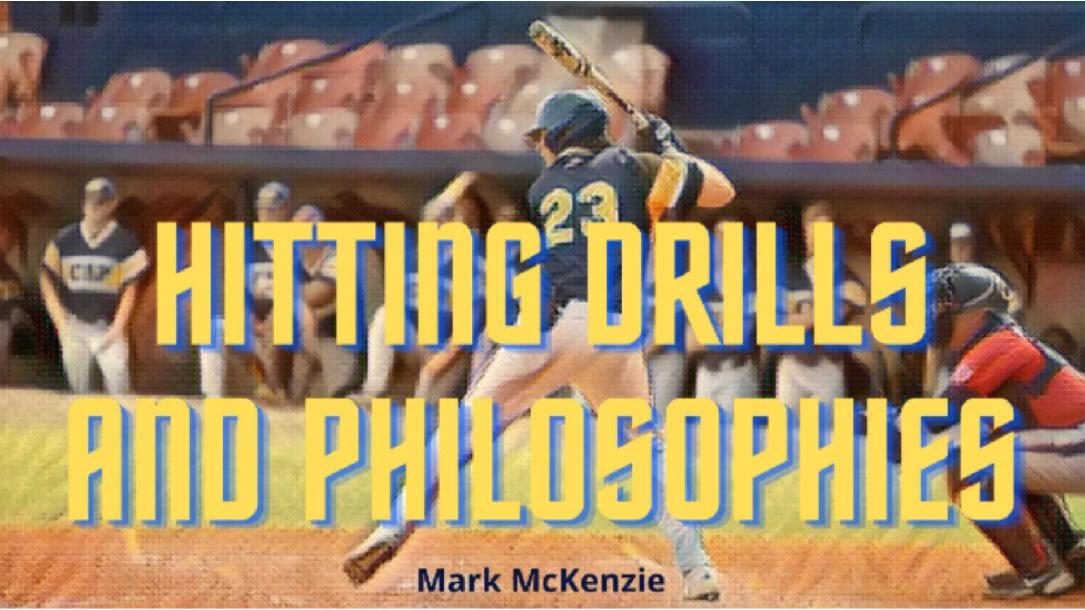 As a coach, it's important to teach philosophy on all matters, pitching, fielding, catching, and in this matter, hitting. Coaches want to provide direction, set goals and install a vision, as well as motivate, confront and communicate.

The idea of a hitting philosophy is to have a grasp of how to approach each pitcher before each at-bat. Although it may be an individual thing, hitting philosophies start from the beginning, like choosing a bat that you can handle. They should match your strength and ability, length, and weight.

There are a variety of techniques that Coach McKenzie uses to promote an effective baseball swing. Learning how to separate pieces of your body through hedges and swivels and moving your hands first or hips first are some of the keys to separating your body's rhythm.

It depends on how your body works. Improving your fundamental biomechanics can significantly help you become a better hitter.

In this course, Mark “lunch” McKenzie talks about batting 101 and the philosophies he practices to improve batters' game. He breaks down how to follow the bat and be in sync with your hand and bat. Use your body to follow the path to hit the ball. Learn from Lunch Mckenzie and improve your batting average.

Simply click the ‘Book This Course’ button at the top right of this page, place your order, and you’ll immediately be logged into the training with full access. Learn the batting philosophy of Mark “Lunch” McKenzie

Mark "Lunch" McKenzie concluded his 20th year as the head baseball coach at Concordia University, St. Paul in 2019 and remains on the staff as an assistant coach. The 2005 NSIC Coach of the Year became the program's all-time wins leader in 2008 and carries a 456-361-1 overall career record while leading the team to a 281-234 record in Northern Sun play. His 2009 team also holds the school wins record, finishing 35-18 overall while the 2014 and 2016 Golden Bears won a program-record 20 Northern Sun games.

He guided the Golden Bears to NSIC Championships in the 2003 and 2008 seasons, winning the conference tournament each season while reaching the NCAA Central Region Tournament for the first time in school history. The program's 2003 NSIC Championship and 2008 NCAA Tournament appearance were the first men's teams in Concordia's Division II & NSIC history (1999-00 to present) to accomplish the feats for the athletic department. The Golden Bears again reached the NSIC Championship game in 2016 and 2018, falling to St. Cloud State in 2016 and Augustana in 2018.

NEW!
Bernie Martinez - New Diana HS - The Other Side of Infield Play - BASEBALL by THSCA
Views: 72
$10