Hitting it out of the Park with Ivan Melendez 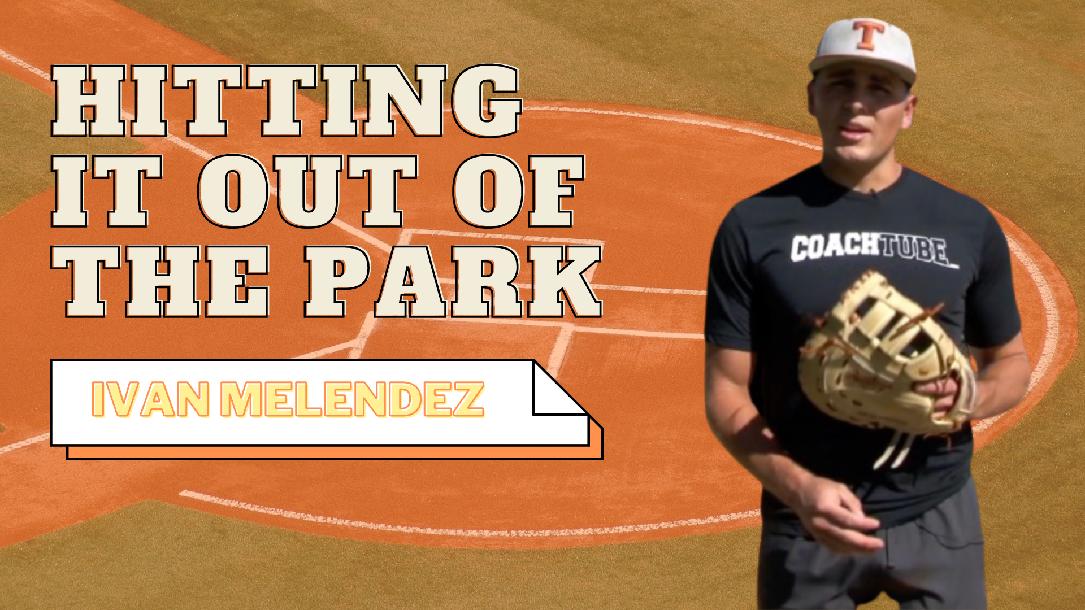 The top players need the top coaches. There are not many better first basemen in College sports than Ivan Melendez. Check out this course to crack that 15% that most players struggle with. In this course, you will learn:

Book this course and see all the ways you can improve your game.

Introduction
1 Welcome to my Course 0:10
Catching & Throwing
2 Working Both Sides on Ground Balls 1:27 3 Focusing on Technique on the Short Hop Balls 1:34 4 Timing your Stretch to Keep on the Bag 1:15 5 Dominate any Play Through Working on Bad Throw Recovery 0:44 6 Gain Pin-Point Accuracy Through Throwing Technique 0:48 7 IQ of Being a First Baseman 0:34
Batting
8 Increase Explosiveness, Distance and Aim Through Changing Bats 1:03 9 Mental Approach to Batting 0:29 10 Working on Swinging Down with the Bat 1:10 11 One Hand Drill for Top and Bottom Hand 0:35
Insight
12 Best Piece of Advice I Have Received 0:22 13 Game Day Routine 0:23 14 Difference Between High School and College 0:23 15 Importance of Academics for Being a College Athlete 1:00 16 Next Steps 0:20

AS A REDSHIRT SOPHOMORE (2021)
Named First Team All-Big 12 Designated Hitter in his first season on the Forty Acres…named to the ABCA All-Region second team…started 58 games and played in 59 total…led the team with a .319 batting average, 13 homers and a .603 slugging percentage...finished the season with 13, doubles, three triples, 51 RBI and 38 runs scored…started his Texas career with a bang, going 2-for-4 with a double and homer in the season-opener against Mississippi State (2/20)…went 2-for-4 with four RBI against BYU (2/26)…went 3-for-5 with three RBI against Sam Houston (3/9)…caught fire in the month of April, hitting .412 with eight doubles, one triple, eight home runs, 27 RBI and 16 runs scored…from April 3-11, established a program-record six-game home run streak that culminated with a pair of bombs against Kansas State on April 11…named the NCBWA Hitter of the Week…hit a three-run go-ahead homer in the ninth inning against Mississippi State in the College World Series (6/25).

AS A SOPHOMORE (ODESSA COLLEGE)
Helped lead Odessa to a 21-2 record before the season was halted due to COVID-19...batted .354 with seven doubles, three triples and four homers...drove in 22 runs and scored 21 runs.

AS A FRESHMAN (ODESSA COLLEGE)
NJCAA All-American third baseman as a freshman in 2019 at Odessa Junior College…named first team All-Region and first team All-Conference…batted .411 with 17 home runs and 70 RBI last season…helped Odessa College to a 38-22 record and the semifinals of the Region V Tournament.