Baseball / Ebooks Send as a gift! 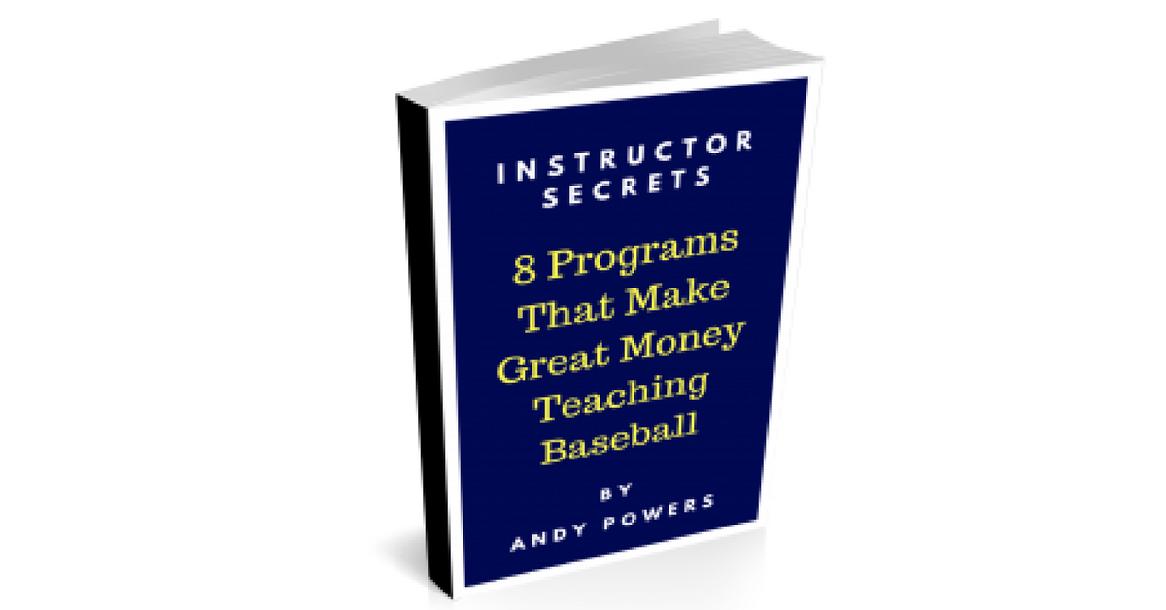 At the end of this book, you're getting a complete blueprint of the most comprehensive, advanced training methodology ever deployed in the baseball industry.

You'll learn how to create a system of proven, revenue generating programs that will grow your business like crazy.

These simple but effective methods have been getting great results for several years, but nobody else is doing it!

Listen, if you don't like making dimes when you should be making dollars, you're not alone.

I've spent years developing these programs I'll be giving you in this book.

Coach Andy Powers is the founder of Andy Powers Texas Pitching Institute, LLC and Andy Powers Performance Baseball, LLC.  Since 2004, 15 of Coach Powers players have been drafted in Major League Baseball.  Over 250 of his players have been recruited and played in college baseball.  Three of his high school players received Louisville Slugger All-American Honors. Coach has worked with former 1st Round Draft Picks and current Major league and Minor League Players, as well as his numerous relationships and mentors that are considered to be some of the top pitching minds in the game at any level.

A former Division I pitcher himself, Coach Powers suffered a career ending injury, which ignited a passion for learning the movements of the pitching delivery.  Coach Powers has coached at the highest levels of amateur baseball with stints at Division I University's, Lamar University and the University of New Mexico. He has also coached at Paris Junior College and the Kansas City Sluggers organization and was the Head Coach at Franklin High School in El Paso, Texas. He is currently an Associate Scout for the Kansas City Royals.

Coach is also a consultant for many youth and high school programs around the Southwest, as well as many JUCO and 4 year colleges around the country.