Mike Gomez - Steele HS - Classroom to Cages: An Approach to the Plate 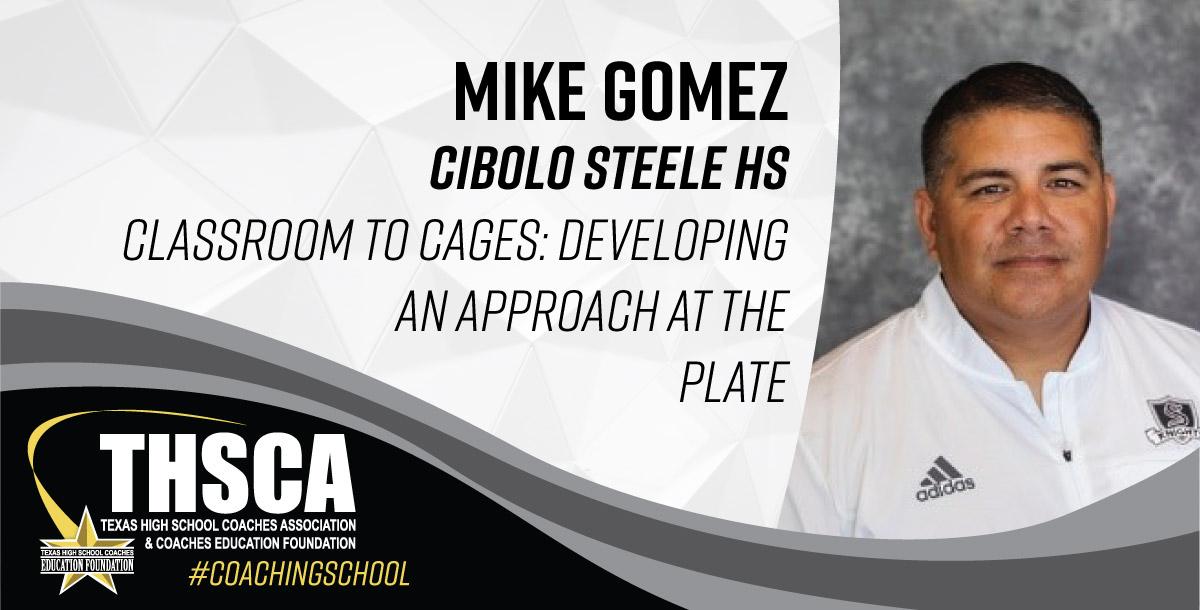 Lecture Title: Classroom to Cages: Developing an Approach at the Plate

Lecture Title: Classroom to Cages: Developing an Approach at the Plate

Mike Gomez played HS baseball at West Campus under head coach Casey Sanchez. 1st team all-district catcher 3 years. Played college baseball at Central College under head coach John Edwards 1 year and 3 years at Graceland University under head coach Jeff Douglas. In 2006 He became the head Coach at Central Catholic HS after six years as an assistant. Coach Gomez has 236 wins in 13 seasons as a head coach. In 12 seasons as head at coach Central Catholic won several district championships. Regional finalist 2006, 2007, 2011, 2012 and 2013. state semi-finalist in 2008 and 2009. In 2012 Coach Gomez was a Finalist for Express-News Coach of the year after finishing the season 30-3. In 2022 Coach Gomez took over as the Head Coach at Cibolo Steele HS after 3 years as an assistant. Mike is currently the secretary for the San Antonio Area Baseball Coaches Association. He is also the Regions 4 6A Director for the Texas High School Baseball Coaches Association.

Mental Side Approach to Hitting by Steve Springer
Views: 7340
$39

You just booked "Mike Gomez - Steele HS - Classroom to Cages: An Approach to the Plate"