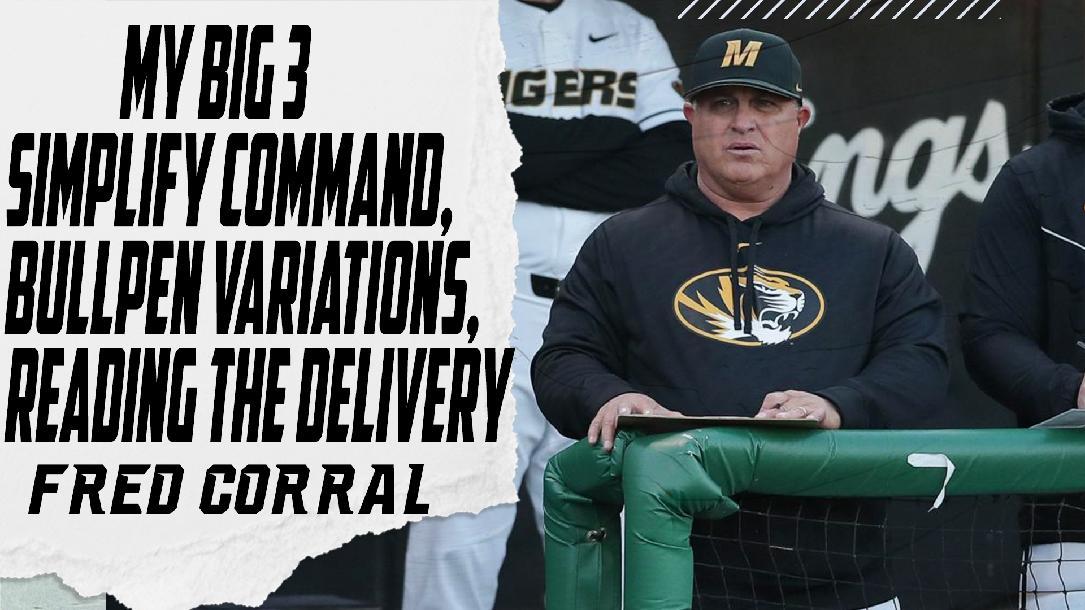 When it comes to pitching, there are few coaches in the game today with more experience and knowledge than Fred Corral. As easy as it is to complicate pitching, Fred breaks it down to the essentials that every coach needs to improve their rotation.

During this course, you'll get to see his presentation from the 2020 Virtual Baseball Coaches Summit. Every coach will benefit from Fred's Big 3:

When it comes to command, you'll learn things like:

Talking about bullpen variations Fred breaks it down to:

The last piece is reading the delivery. He covers:

Stay tuned to the end for a great Q/A session as well as some bonus videos!

Fred Corral was added to the Mizzou Baseball coaching staff in 2017. He is one of the best pitching coaches in college baseball. Corral has been coaching nearly 25 years of coaching experience after a successful career in both college and professional baseball. Fred comes hardwired for success and works relentlessly on his craft.

In 2019, Corral led one of the premier pitching staffs in college baseball. The Tigers’ collective 3.24 ERA put them 5th NCAA, while their 7.35 hits per 9 IP were 8th. And three years running, their pitching staff broke the program’s single-season record in strikeouts, K'ing up 559 total batters.

Here are a few of Fred's players that reached MLB:

Corral is no stranger to professional baseball either, being a pitching coach with the Dodgers & Expos.

The Delivery From the Ground Up: The Legs are the Key - Frank Gonzales by CDC The Colorado Dugout Club
Views: 467
$5