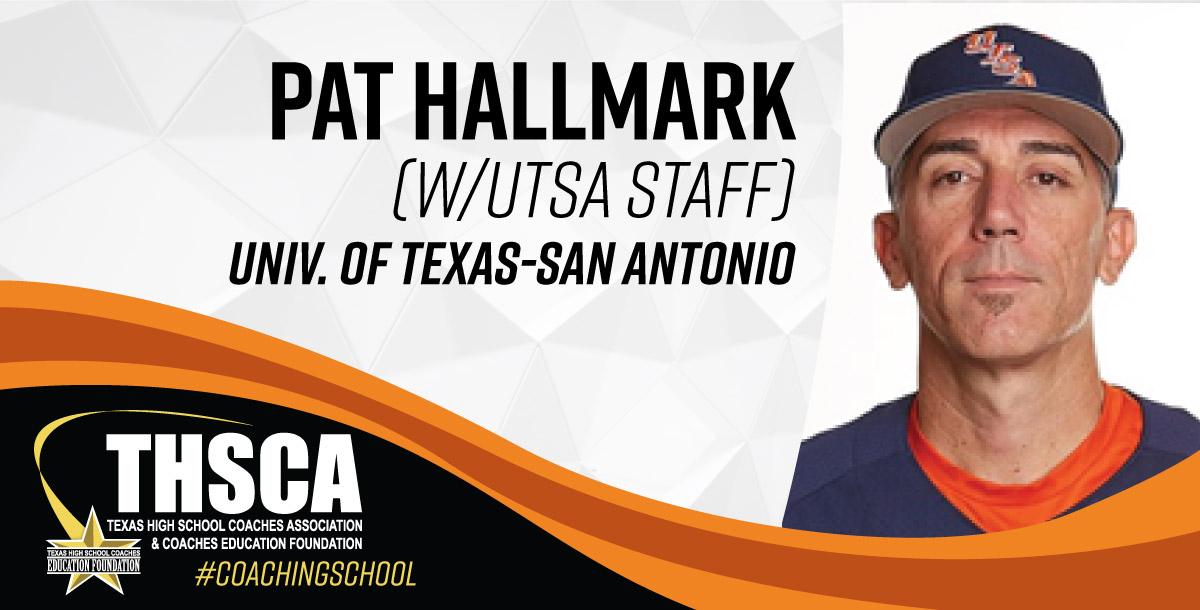 One of the fastest rising young head coaches in college baseball, Pat Hallmark is in his fourth season leading UTSA in 2022. He was named the fifth coach in UTSA baseball history on June 16, 2019.

Hallmark, the 2019 Southland Conference Coach of the Year, took over at the helm of the UTSA baseball program after two record-breaking seasons as the head coach at UIW.

Hallmark enters 2023 having led the Roadrunners to arguably their best season in school history in 2022. The 2022 UTSA squad won 38 games, the third most in school history and one off of the school record. Hallmark oversaw a Roadrunner team that went 11-4 against ranked opponents and 9-3 against top 25 teams which led Conference USA. The Roadrunners’ 19-11 record in conference play was their best since they won 20 in the Southland back in 2009. Hallmark led the Roadrunners to the championship game of the Conference USA tournament, UTSA’s first championship game appearance since 2014.

A native of Houston and a former star catcher at Rice, Hallmark helped lead the Owls to NCAA Tournament appearances in each season at his alma mater, including three College World Series appearances and five regional championships. During his year at Missouri, Hallmark helped the Tigers to a 36-win season, including 14 victories in the rugged Southeastern Conference.

Hallmark starred at Rice for legendary coach Wayne Graham, where he was named all-conference in 1995 before the Kansas City Royals picked him in the MLB Draft. Hallmark played nine years in the minor leagues, advancing as high as triple-A with the Royals.

Hallmark is married to the former Jada Sanders of Kingwood, Texas, a 2001 Rice graduate and four-year letterwinner, who set school records for the Owls’ swim team. The couple has four children, Christian, Tanner, Grayson and Georgia.

Pitching to Win With Your Fastball by Jerry Weinstein
Views: 8963
$39