Paul Babcock: What I learned from Legendary Coach Gordie Gillespie 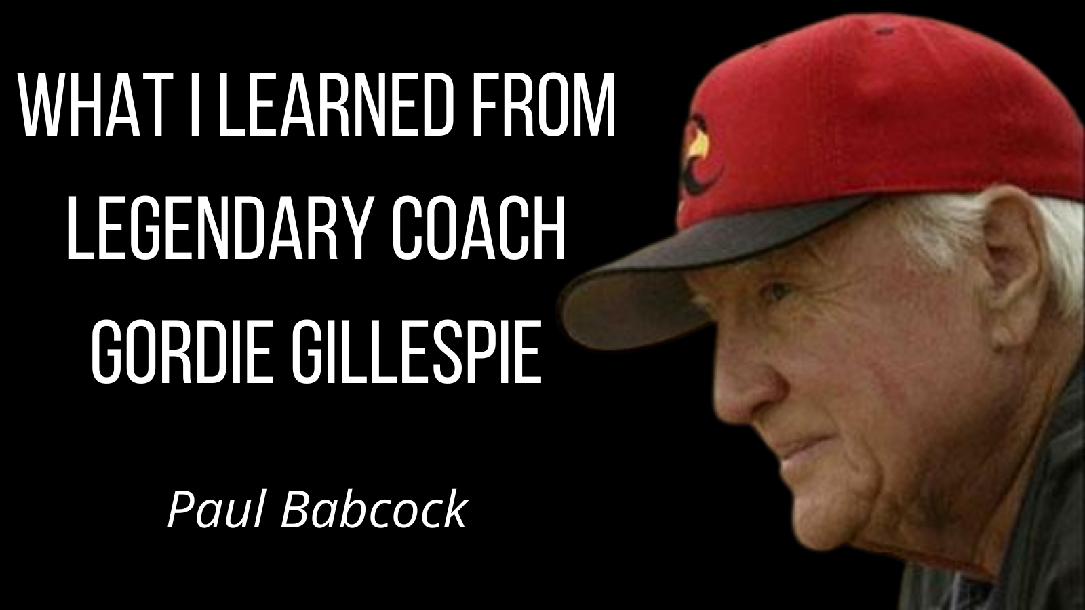 What I learned from Legendary Coach Gordie Gillespie

Gordie Gillespie was an American baseball, football and basketball coach. He was a head baseball coach for 58 years at Lewis University, Ripon College and the University of St.Francis. Gordie had the most wins of any coach in college baseball history until being passed by Augie Garrido of Texas. He won his 1800th game at the age of 82. Inducted into the college Baseball Hall of Fame.

He began his coaching career at Lewis University in 1953 at the age of 26. He was the head coach from 53’ to 76’ with a record of 634 wins. His Lewis teams won three back to back NAIA World Series Championships. During his ten years at Ripon College he led them to a record of 239 wins. His Ripon teams advanced to the NCAA III playoffs six of his last seven years and won five league titles.

Simply click the ‘Book This Course’ button at the top right of this page, place your order, and you’ll immediately be logged into the training with full access. Learn lessons from the great Gordie Gillespie and pass them down.

1 What I learned from Legendary Coach Gordie Gillespie 39:14

Prior to coaching at NCU, Babcock had recently been the head baseball coach of the freshman team at Clovis North High School where he led the team to their first ever winning season. Before coaching at Clovis North, Paul was a math teacher and head baseball coach at Alta Sierra Intermediate for over 15 years, where he won numerous league championships alongside Michael Ramirez. Currently, he teaches full time and does personal lessons with Ramirez. Prior to his professional teaching career, Paul Babcock played college baseball in the 80s. He started out playing for at the time, #1 nationally ranked Fresno State University Bulldogs as a second baseman.

You just booked "Paul Babcock: What I learned from Legendary Coach Gordie Gillespie"