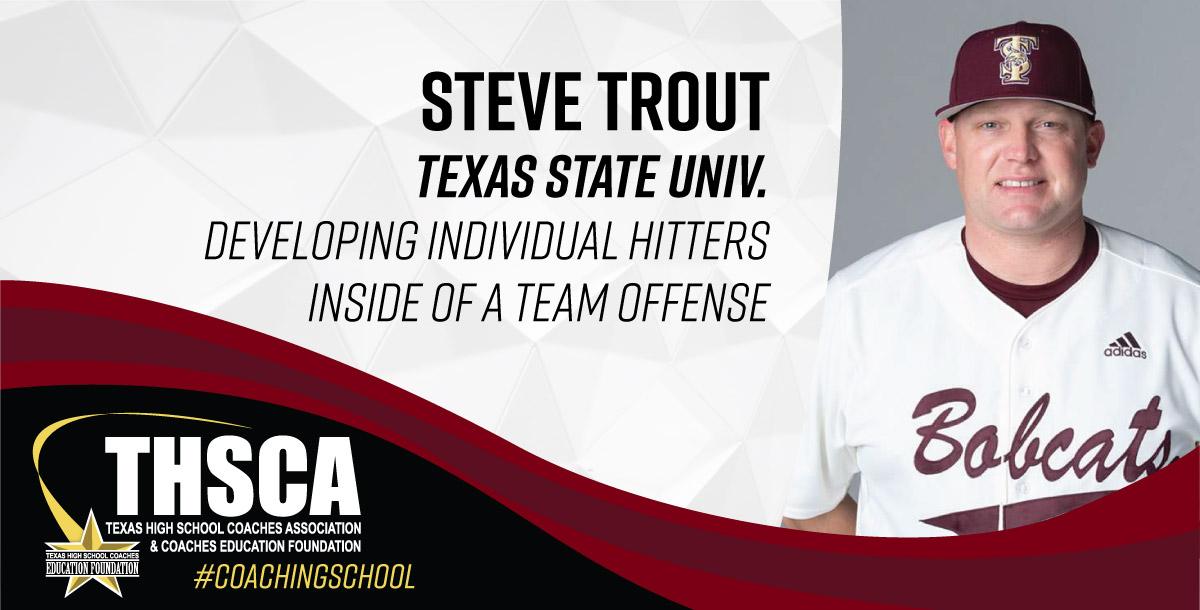 Lecture Title: Developing Individual Hitters Inside of a Team Offense

Lecture Title: Developing Individual Hitters Inside of a Team Offense

Steven Trout is heading into his fourth season as the head coach of Texas State after being named to the position on July 1, 2019. Overall, he is in his ninth season with the Bobcats after serving previously as associate head coach (2018-19), assistant coach (2016-17) and volunteer assistant (2009-10). Trout has had one of the biggest turnarounds in Texas State Baseball history after recording an overall season record of 47-14 in 2022 and becoming not only Sunbelt Conference Champions but reaching the regional championship.

Coach Trout played two seasons for the Horned Frogs and graduated from TCU in 2007 after playing for two seasons at Texarkana College. Trout is married to Blair Trout, and they have two children, Ellison and Banks.

NEW!
Mike Gomez - Steele HS - Classroom to Cages: An Approach to the Plate by THSCA
Views: 18
$10