The Mental Traits of Great Pitchers: A 10 Part Series for The Muscle Between Your Ears 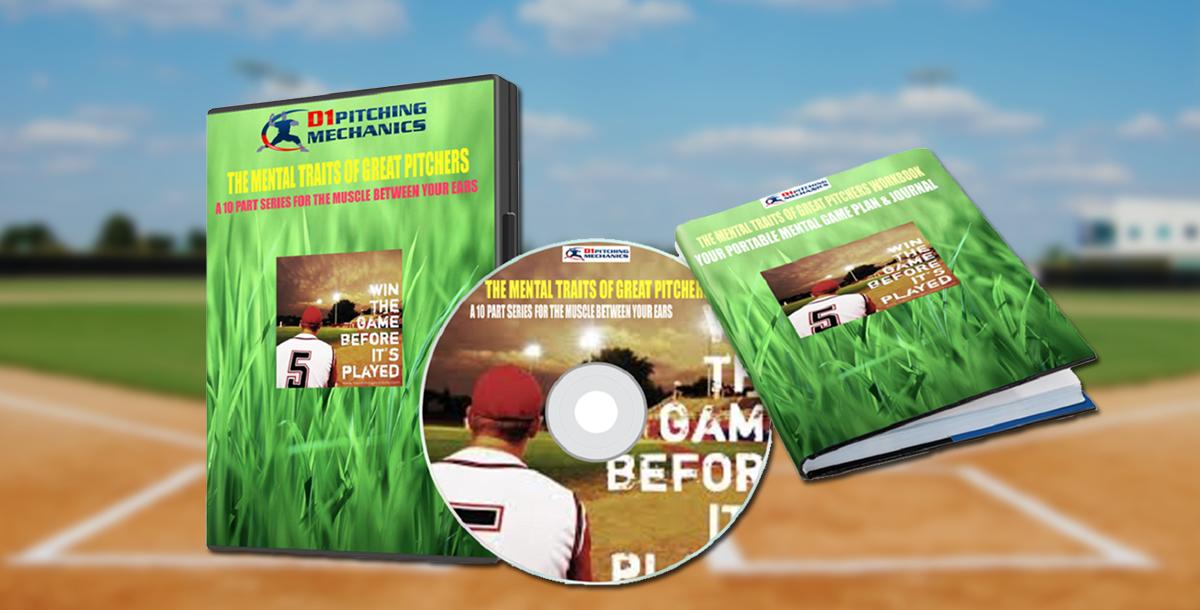 Ten Videos on The Mental Game Cover:
- Routines
- Process Not Outcome
- Tempo And Body Language
- Ownership
- Three Pitches Or Less
- Affecting the Hitting
- Proper Practice
- Pitching is Real Work
- Don't Give The Hitter Too Much Credit
- You Are On Offense

Mazzoni enters his tenth season as pitching coach for Sacred Heart, where he has helped the Pioneers to seven consecutive appearances in the Northeast Conference Championship Game as well as three conference titles in the past five seasons.  During his tenure, the pitching staff has had its best run in program history, setting several school records for wins and ERA. Since Mazzoni joined the program, three Pioneer hurlers have gone on to play professional baseball.  Jay Monti became the first SHU pitcher drafted in the Division I era when he was taken by the Toronto Blue Jays in 2007. Troy Scribner, the all-time leader in wins at Sacred Heart, signed a contract with the Houston Astros in 2013. Kody Kerski became the second highest draft pick in school history when he was drafted in the eighth round of the 2014 draft. Other accomplishments during his tenure include Nick Leiningen being named the 2011 NEC Rookie of the Year.  Nine Pioneer pitchers have been named All-NEC. Dan Wertz, who graduated in 2015, left as the all-time appearance leader with 93. In 2014, James Cooksey’s 1.16 ERA was the fourth lowest in the country as well as second lowest in school history. During Sacred Heart’s three conference championship runs in 2011, 2012, and 2015, SHU pitchers were responsible for several amazing outings.  In both 2011 and 2012,  Scribner, Leiningen, and Kerski each pitched complete game victories, giving up just six runs combined over the six starts. In 2015, James Cooksey and Jason Foley each threw complete game two hitters to propel the Pioneers to their seventh consecutive NEC championship game. After Jesus Medina pitched seven innings of one run ball against in a losing effort in the first game, reliever Dan Wertz threw 5.1 innings of hitless relief in the if necessary game, helping lift Sacred Heart to their third conference title in five years and the Fort Worth Regional hosted by TCU. Prior to Sacred Heart, Mazzoni was a pitching coach for one year at the College of the Holy Cross.  From 1999-2005 he was Head Coach at Post University (CT), where he took a team that had won only 6 games the previous year to several school records for wins.  From 1993-1996, Coach Mazzoni handled the pitchers for Fairfield University, which included two MAAC playoff appearances and saw James Manias drafted in the 25th round.  His coaching career began as a graduate assistant at Nova Southeastern University in 1992, where he helped lead the team to a 42-14 record. He is a 1991 graduate of Gettysburg College, where he played football his freshman year and baseball the remaining three.  He was a left-handed pitcher and outfielder. In addition to his duties as pitching coach, Mazzoni works with many pitchers in private instruction, both online on his websites, and in person at his baseball facility, Shea 22, in North Haven, CT. He also runs a variety of baseball camps year round. One of his longest tenured pitching students, Chad Knight, helped lead Westport Little League to 4th in the World at the 2013 Little League World Series, and recently hit 87 miles hour in a Perfect Game tournament at age 14.   He is highly regarded for his knowledge of the recruiting process, and has lectured to athletes and parents at over 500 high schools. He is an author of several books on recruiting, baseball and the mental game, is a frequent guest on TV and radio stations, and also writes a monthly recruiting column for the New England Baseball Journal. He has been a presenter at the national baseball convention, ABCA, and also at the World Baseball Clinic at Mohegan Sun. Coach and his wife, Keli, have three children.  Colby, 13, an accomplished swimmer and actor, Brayden, 11, who loves every sport with a ball, and is often the team bat boy, and a black lab Moxie, who will chase any ball or stick, but mostly loves food. He loves the Mets, Jets, being with his family and friends, taking walks with his dog, and the Dave Matthews Band.

The Mental Game of Baseball and Softball by Dr.Patrick Cohn
Views: 3738
FREE

NEW!
Motivate Your Team With These Philosophies by Bob Morgan
Views: 35
$19.99

You just booked "The Mental Traits of Great Pitchers: A 10 Part Series for The Muscle Between Your Ears"