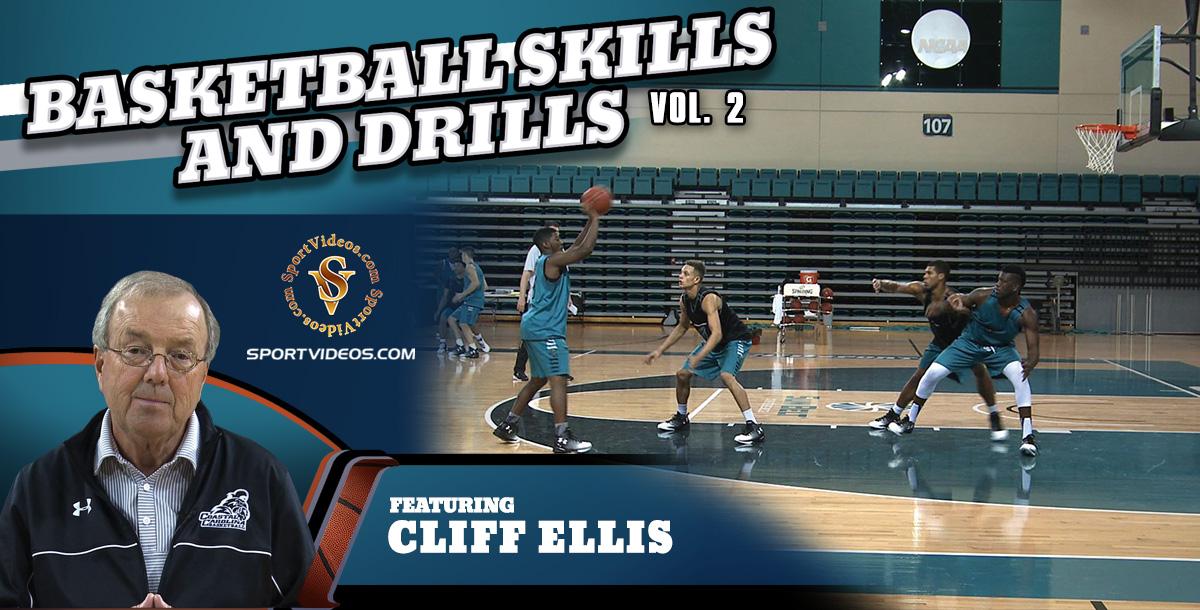 Learn and practice with Coach Cliff Ellis, one of the top basketball coaches in the history of the game. Packed with numerous skills and drills and coaching tips, this program is one of the most comprehensive basketball instructional videos available. Among the topics covered in Vol. 2 are: Individual Defensive Drills, Help Side Defensive Drills, Pick and Roll Defensive Drills, Getting Through Screens, How to Defend the Cutter, Inside Defense, Defending Double Screens, Rebounding Drills, Shell Drills (Team Defense) and Shooting Free Throws: This program is an invaluable resource to help you become a better player or coach. Make sure to also check out Vol. 1.

Few coaches in basketball history have been able to reach the level of success that Cliff Ellis has achieved over his 44+ year coaching career. He is currently the head basketball coach at Coastal Carolina University in Conway, South Carolina. Going into the 2016-2017 season, On January 14, 2017, Ellis became one of the few 800-game winners in collegiate basketball with the Chanticleers 85-73 win over Appalachian State. Cliff Ellis is the only coach in NCAA Division I history to tally 150-plus wins at four institutions (South Alabama, Clemson, Auburn and Coastal Carolina). He was national coach of the year in 1999 when Auburn won the Southeastern Conference (SEC) title.