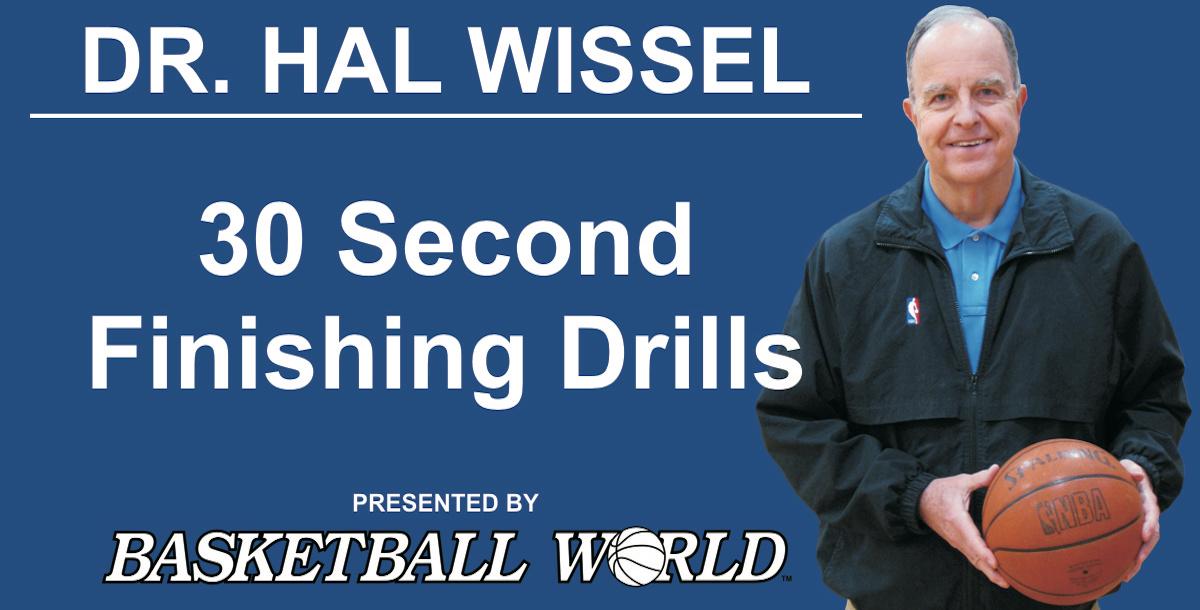 There are nine other Speed Dribble Layup Drills as follows:

Dr. Hal Wissel has a wealth of experience in the National Basketball Association including coaching, scouting and working in the front office. Coach Wissel was assistant coach for player development for the Golden State Warriors (2006-07). Wissel was as an assistant coach with the Memphis Grizzlies (2002-05). Hal was an advance scout for the Dallas Mavericks (2001–02). Wissel served as an assistant coach for the New Jersey Nets (1996–99) and as director of player personnel for the Nets (1995–96). Hal was a scout and special assignment coach with the Milwaukee Bucks (1990–95) and assistant coach and head scout with the Atlanta Hawks (1976–77).In addition to serving in the NBA, Wissel compiled more than 300 wins as a collegiate head coach. Hal turned losing programs at Trenton State and Lafayette into conference and division champions respectively. Wissel led Florida Southern to four straight trips to the NCAA Division II Tournament and three straight trips to the Division II Final Four (‘80, ‘81, and ‘82), winning the NCAA Divi­sion II National Championship in 1981. In 1972, Wissel coached Fordham into the NIT Tournament. Wissel also coached the Dominican Republic National Team in 1975. In 1972,

Wissel founded Basketball World a venture that conducts basketball camps and clinics and produces and distributes books and videos. Basketball World’s highly succes­sful Shoot It Better Mini Camps are conducted worldwide for players at all levels. Basketball World is now owned and operated by Hal’s son Paul. Wissel received a bachelor’s degree in physical education from Springfield College, a master’s degree from Indiana University, and a doctorate in physical education from Springfield College. Wissel is the author of two books. Basketball: Steps to Success is a best selling basketball book with over 130,000 copies sold and has been translated into eleven languages. Becoming a Basketball Player: Individual Drills has been made into a Course. Dr. Wissel has produced five other Courses, Basketball Shooting: Confidence, Rhythm and Mechanics; Basketball Shooting: Off the Pass, Off the Dribble, and In the Post; Basketball Shooting: Make Your Shot Automatic; Basketball Shooting: Creating Your Shot Off the Dribble; and Basketball Shooting: Post Moves and Drills. Wissel’s honors include being named Coach & Athlete magazine’s Eastern Coach of the Year in 1972; Sunshine State Conference Coach of the Year (‘79, ‘80, ’81); and Division II National Coach of the Year by the National Association of Basketball Coaches in 1980. Wissel has been inducted into the New EnglandBasketball Hall of Fame, the Florida Southern College Athletic Hall of Fame, the Sunshine State Conference Hall of Fame and was named Sunshine State Conference Silver Anniversary Coach.

Some videos did not sync to what they were talking about. But overall good info.

Good drill ideas but agree with previous post that some titles did not load and were not listed under appropriate title. There was no inside hand layup Video that I was able to view for example!

These are some good conditioning and skill development drills. The 1 foot hook shots are not real popular these days. Maybe because people don't practice them?

Skill Development: Skill Sets That Will Take Your Game To The Next Level by PGCGlazierClinics
Views: 1955
$15.99