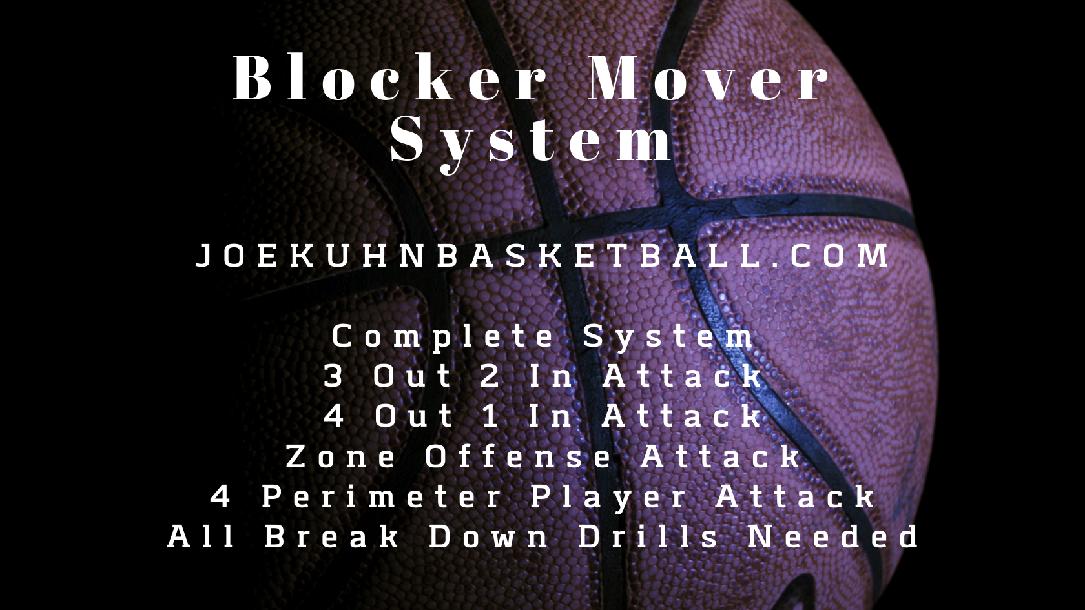 This Blocker Mover Manual has everything you need to successfully install the popular offense.  Included in it are the guidelines for the offense, position rules,  over 30 base and shooting drills, sets, and more.  Also touched on is attacking zone defense using the Blocker Mover.  Many of the drills are excellent for any ball screen offense.

This is as comprehensive as it gets as far as the drills. There is so much in here that we can't use it all! THANKS for putting together this drill book!