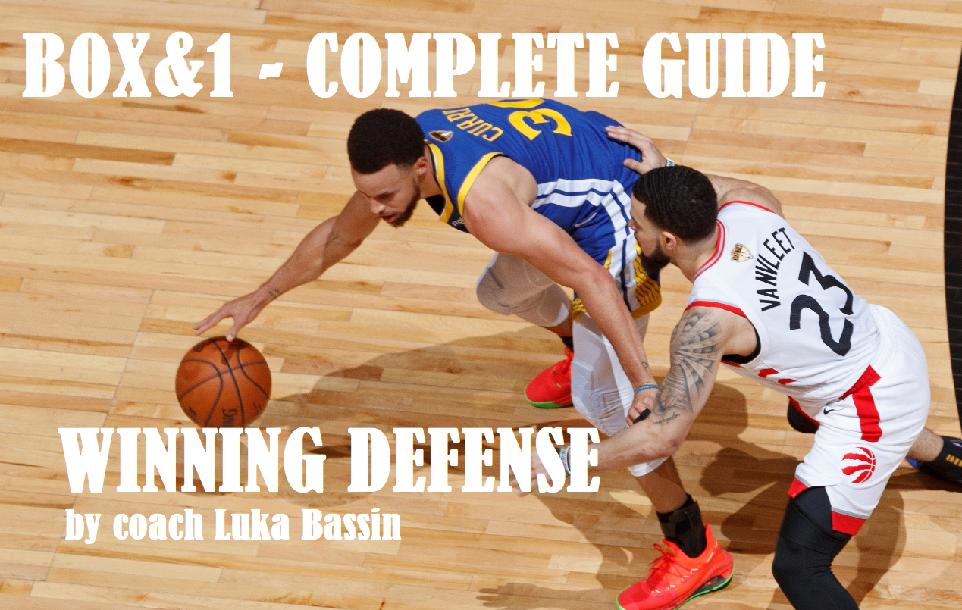 Box + 1 defense is becoming more and more popular all over the world, at all levels of basketball. From High School teams to NCAA teams, from European high level teams in Euroleague to NBA teams. The peak was definitely NBA Finals 2019, where one of the reasons for Raptors' title was great strategy by coach Nick Nurse to play Box + 1 defense when Warriors were without Kevin Durant and Klay Thompson.

In this course you will find full on - line video lecture from The Basketball Embassy Coaches Clinic by coach Luka Bassin, as well all the videos (Toronto vs GSW - NBA 2019 Finals, Panathinaikos vs Barcelona - Euroleague 2011 Play Off 1/4 Finals, KD Ilirija Slovenia - My team) and Power Point presentation. It is a complete package for successful execution.

- why, when and how to play

Great breakdown on the Box&1 Defensive concepts and even some triangle and two concepts as well. Coach Bassin does a great job of really analyzing this defense, how to teach it and how to strategically use it.

Disruptive Team defence that will IMPACT your opponent. by Coach Liam Flynn
Views: 2118
$14.99