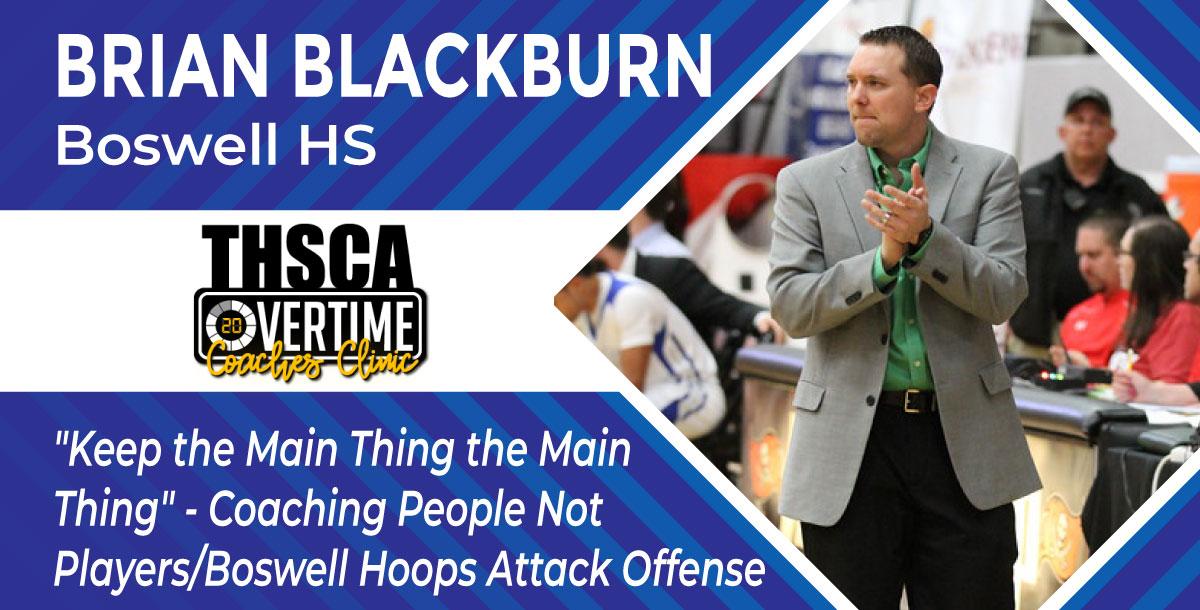 Blackburn walked on the Texas A&M University Men’s Basketball team as a sophomore, where he became a threeyear varsity letterman in 2004-2007. He had the privilege to be a member of their 2007 Sweet 16 team. Blackburn’s collegiate success added to his previous high school accolades, where he was a member of the 2003 La Vernia All-State 3A Basketball team and a high school letterman in cross-country, track, and basketball.

Before coming to Boswell, Blackburn served as the Head Basketball coach for Wall High School in Wall, TX. Under his leadership, the Hawks were fivetime District Champions, Co-District Champions once, and competed three times in the regional basketball tournament with a cumulative overall record of 153-45 and a district record of 61-3 during his tenure there. In 2012, Coach Blackburn was a member of the coaching staff that led the Nationally Ranked #1 Marcus High School boys basketball team to their 2012 5A State Championship win. Previous other coaching positions include stops at Whitewright High School and Bryan High School.

Brian and his wife, Lindsey have been married for eight years and are blessed with four children Nora, Hatty, Bowen, and Zoe. The Blackburn family enjoys going to parks, cooking, playing games, and reading together.