Developing Explosive Basketball Speed and Footwork with a Jump Rope 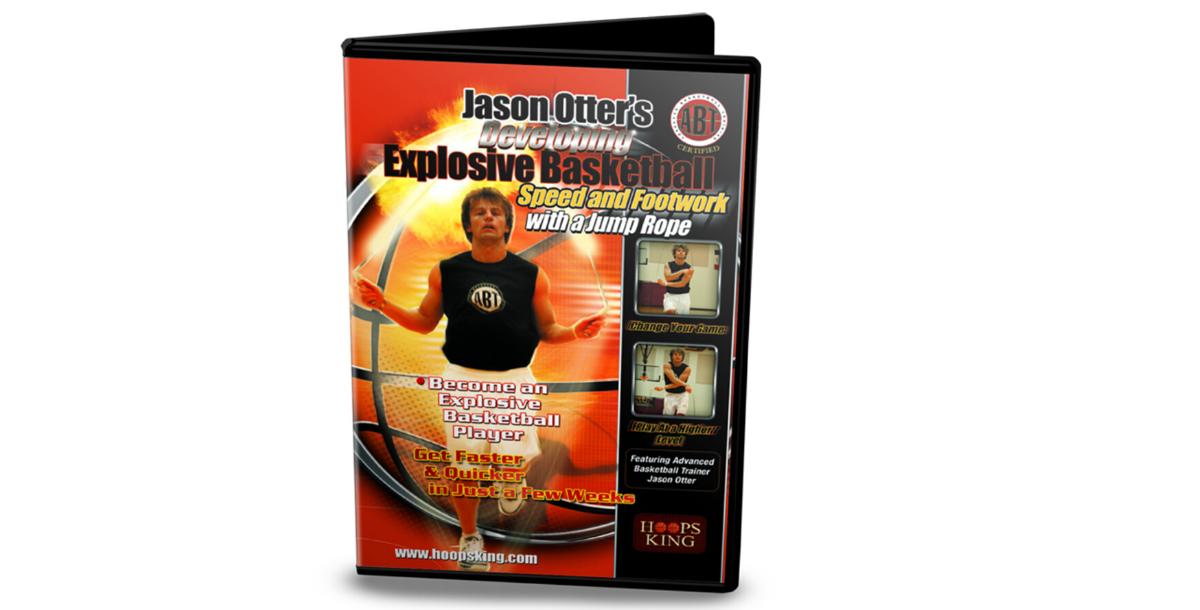 For years coaches have told basketball players to jump rope to improve foot speed, quickness, and develop coordination. They have handed players a rope and said, "Get after it".

As you move up in levels of sports, athletes get bigger, faster, quicker, and stronger so developing your full potential in all of htese areas is key to competing at the highest level you can.

You may have great skill and better skill than other players, but many athletes fail to achieve a higher level of play because they just aren't athletic enough.

Jason Otter has spent over 20 years doing jumping rope workouts.  He first started jumping rope in junior high and it helped him develop the quickness to play Division I basketball.  He continues to teach ahtletes he trains in person with jump rope workouts.

However, there never has been a complete plan to follow.  Therefore players easily become bored with jumping rope and never realize the incredible gift the jump rope could give them.

But luckily for you, you can now benefit just like the athlete's Jason trains on a daily basis.  Jason has helped thousands of athletes get quicker and faster with his jump rope workout.

Now the great thing about Jason's jump rope workout, is that you can choose to do a daily 10 to 15 minute workout or just take some of his moves and do them as a warmup before your workout or practice.

Whether you are a coach, player, or parent you need to use Jason Otter's Jump Rope Workout video.

You have nothing to lose and only speed and quickness to gain.  At your current level you can take your athleticism to another level while preparing to compete at the next level.

A former Division I and professional player, Jason Otter has dedicated himself to player development. As a young boy he made the commitment to become the best player he could be. He would spend 8 hours a day with a basketball in the summertime and bought into the idea that hard work beats talent when talent does not work hard.  Upon finishing his professional career quickly realized that hard and smart work beats talent even when talent does work hard. Upon returning from playing overseas, Jason began teaching, coaching and developing players that went on to have successful Division I, II and professional careers. Because of the high demand to work with Jason, he began holding individual instructional camps.

Considered to be one of the best basketball minds in the game, Jason has become one of the most published trainers, having put forth 22 instructional DVD’s and an Online Training Curriculum that is second to none.  He has helped to develop over 1000 Division I players.  Known as one of the most passionate instructors in the game with an ability to turn the average kid into a high level player, Jason works with a variety of players from young serious students of the game to professional and NBA level players