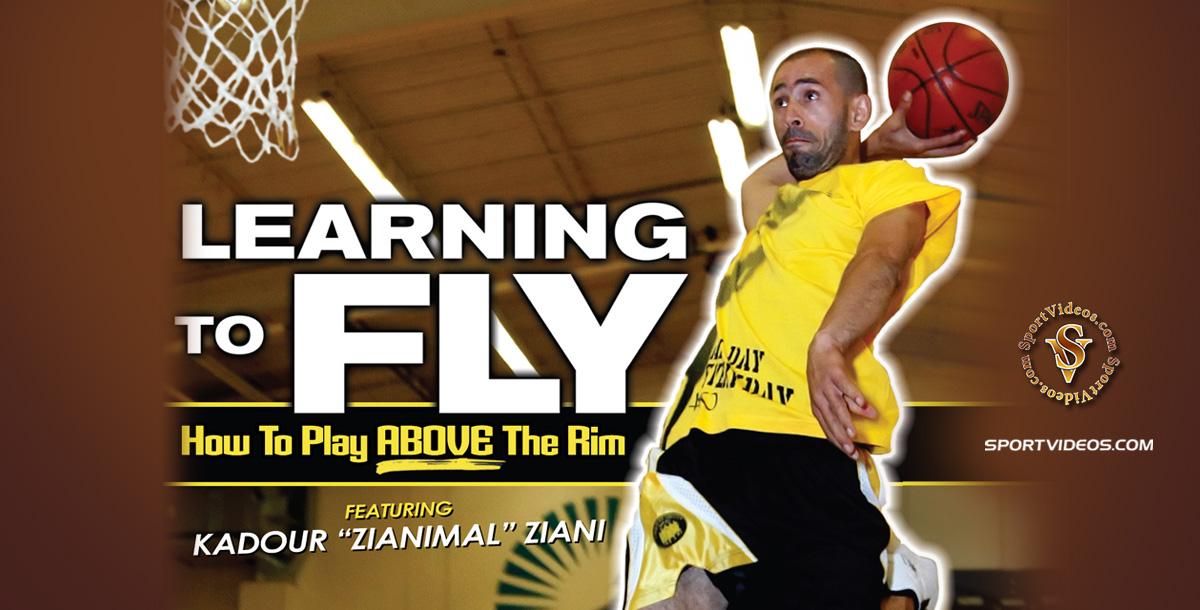 Kadour Ziani seems to defy the laws of gravity with his amazing leaping ability and impressive dunks. Everybody wants to know, how is it possible for "Zianimal" to jump so high? Now for the first time, he reveals the secrets of his unique and highly-effective body training program. Among the topics covered are: stretching, stick exercises, footwork drills, hip exercises, table drills, stair exercises, jumping technique drills, balance exercises, walking and running drills, a dunking demonstration and more.  This program will help you to dramatically increase your vertical jump and play the game high above the rim!

Kadour Ziani was born in France in 1973 from Algerian parents. He grew up in a very poor neighborhood, but he avoided the trouble of the streets by immersing himself into a variety of sports. He played basketball, volleyball, was a professional soccer goalkeeper until 2002, and he still competes in track and field as a high jumper. Since 1997, he has been part of the Slam Nation, a multicultural group of high-flying athletes who travel around the world performing spectacular dunking demonstrations. Kadour has a remarkable 56 inches vertical leap and has become a legend on youtube. His specialty dunks are the 360, 360 cobra and double windmill. He also has the amazing ability to jump up and and kick a ball off from the rim.