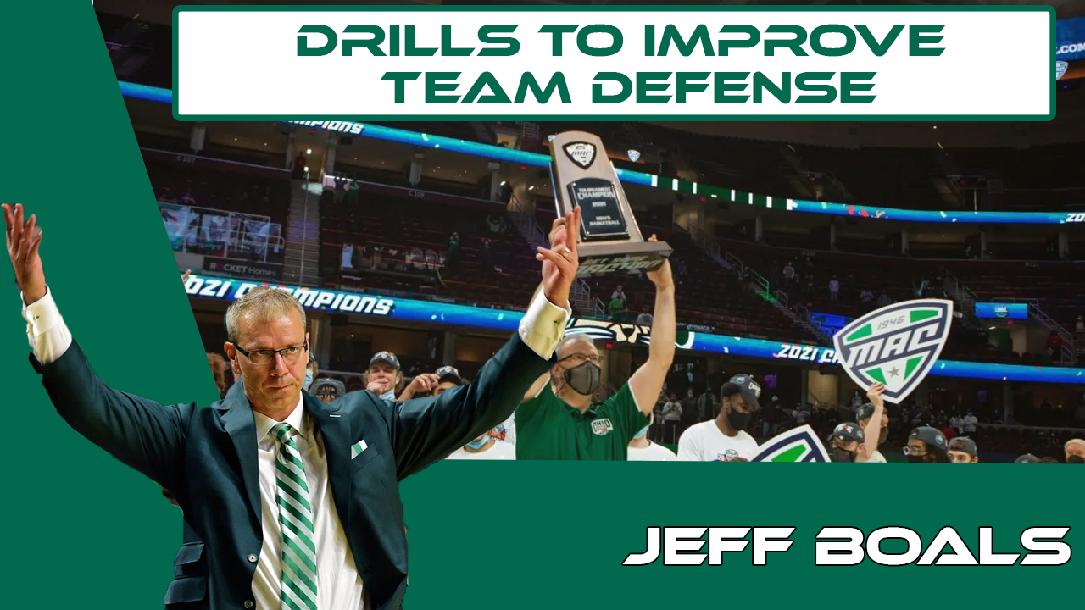 Defense, defense, defense. Arguably the most important aspect of the game. We always hear, switch!, rotate, fall back, mine, zone zone , etc. Whatever goals and achievements organizations aspire to obtain, it's quite impossible to do so without team defense. Great defenses recognize their opponent’s offensive tendencies while in the flow of the game. They play with their voices, eyes and feet. A team that plays like such has the ability to discourage the opposing team's offense. Shutting everything down can truly be crippling.

Great team defenses have trust within the teammates, holding accountability for each person. Be in the right place, do not get caught out of position and play catch up with the offense. There are defensive drills that can really help and elevate the performance of your defense. That's what Head Coach Jeff Boals teaches to his crew with great success. He teaches drills like 3v3 baseline closeout, kill drill and perfect possession.

You can learn the drills used to create great defensive teams and incorporate them into your own. Watch your unit go from the middle of the pack to the very top. After all, defense wins championships. Learn from Jeff Boals program..

In this course, Head Coach Jeff Boals from Ohio University talks and demonstrates the drills he implements into this practice plan that help his team improve on the defensive. He gives a detailed breakdown on how to use the drills and how they benefit the players individually and as a unit. Every drill to improve your defense is right here!

Simply click the ‘Book This Course’ button at the top right of this page, place your order, and you’ll immediately be logged into the training with full access. Start your practices with great team defensive drills!

Jeff Boals is the  Mens Basketball Coach at Ohio University. 2020-21 saw Ohio return to the NCAA Tournament for the first time in nine years. Ohio won the MAC Tournament after defeating Buffalo, 84-69. In the NCAA Tournament, the Bobcats took down the defending national champion Virginia Cavaliers, 62-58. Boals returns to Athens after spending the previous three seasons (2016-19) as the head coach at Stony Brook.

During his junior season in 1993-94 at Ohio, the Bobcats went 25-8 overall and won the Mid-American Conference regular season championship. Boals was instrumental in bringing some of the top players in the nation to Ohio State, including current NBA stars Jared Sullinger and D’Angelo Russell, along with Aaron Craft, the all-time steals and assist leader in Ohio State history. He also coached the 2010 National Player of the Year, Evan Turner, during his outstanding collegiate career with the Buckeyes.