Encyclopedia of Dribble Moves (AKA From the Streets to the Courts) 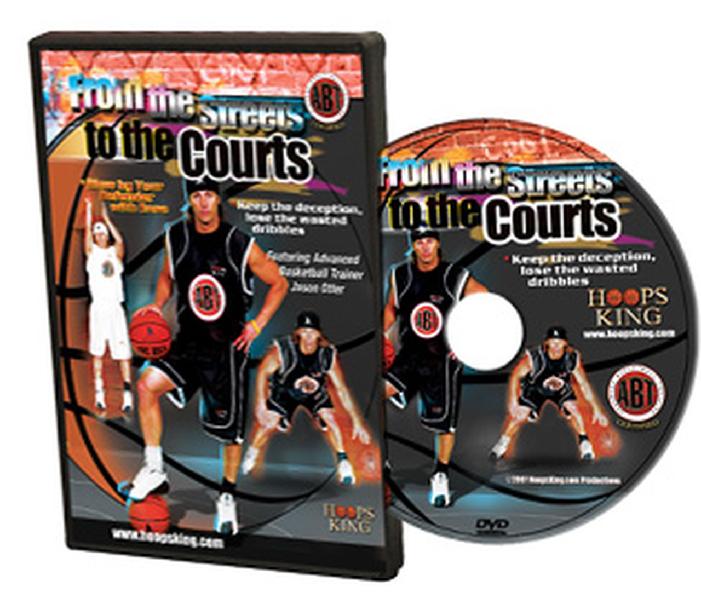 Jason Otter's Encyclopedia of Dribble Moves (aka Streets to the Courts) is the ultimate dribble moves video.  Jason starts by breaking down each move into spexific detail.  He also explains body position and footwork in relation to the defense so you will understand how to effectively beat your defender with the move.  Next, you will practice the specific dribble for the move while moving up and down the court.  The final step is to practice the move full speed.  Jason has set you up to succeed by teaching the moves in these 3 pieces instead of jumping to practicing it at full speed right from the start.

Jason covers these dribble moves with variations of each move for a total of just under 40 total moves:

Crossovers
Between the Legs
Behind the Back
Spins
Stutters
In & Outs

A former Division I and professional player, Jason Otter has dedicated himself to player development. As a young boy he made the commitment to become the best player he could be. He would spend 8 hours a day with a basketball in the summertime and bought into the idea that hard work beats talent when talent does not work hard.  Upon finishing his professional career quickly realized that hard and smart work beats talent even when talent does work hard. Upon returning from playing overseas, Jason began teaching, coaching and developing players that went on to have successful Division I, II and professional careers. Because of the high demand to work with Jason, he began holding individual instructional camps.

Considered to be one of the best basketball minds in the game, Jason has become one of the most published trainers, having put forth 22 instructional DVD’s and an Online Training Curriculum that is second to none.  He has helped to develop over 1000 Division I players.  Known as one of the most passionate instructors in the game with an ability to turn the average kid into a high level player, Jason works with a variety of players from young serious students of the game to professional and NBA level players