Gary Blair, Texas A&M: Are You Worth 6 Points A Game? 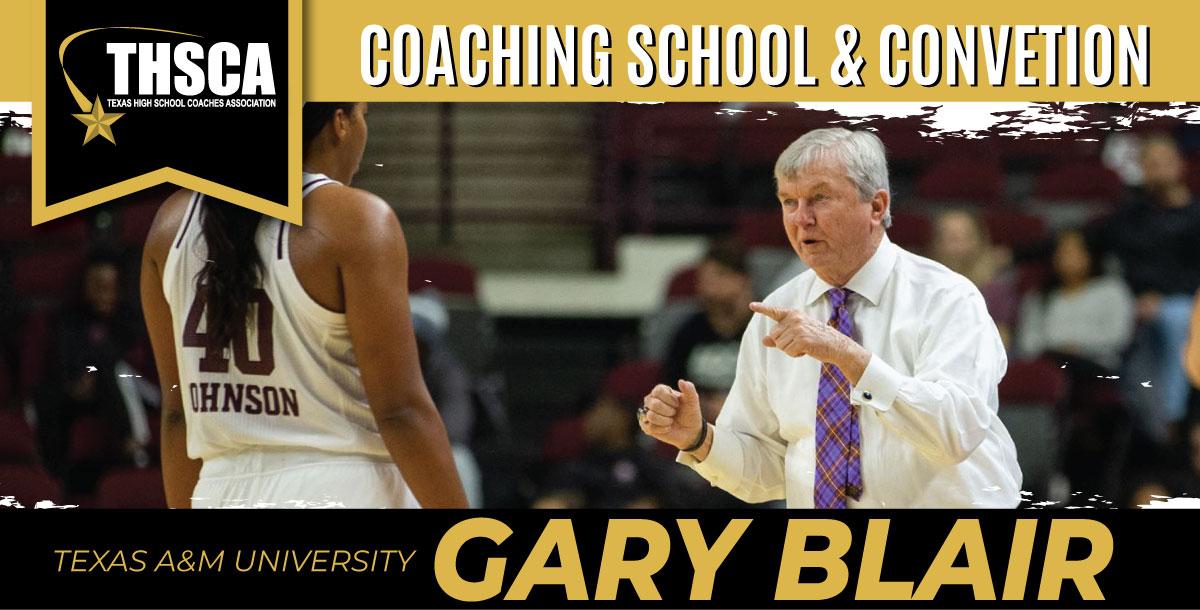 Gary Blair, head coach of Texas A & M Women's basketball covers a variety of topics during his presentation at the 2019 THSCA Coaches Clinic.  Coach Blair opens with the importance of simplicity, developing relationships and player development, as well as a list of areas he is patience with and shows no patience for with his team.  In addition, Coach Blair uses team video to discuss how he uses the Horns set to create shots for his best players, using sets to create easy scoring opportunities during the game, along with his defensive pressing system.

Women’s Basketball Hall of Fame member, Gary Blair, led Texas A&M to the 2011 NCAA Championship and has transformed the women’s basketball program into a national power since his appointment as head coach in 2003.

Blair, a two-time national finalist for the Naismith Coach of the Year Award, has guided Texas A&M to 14 straight NCAA Tournament appearances, and to four conference championships, including the 2013 SEC Tournament Championship.

Blair led the Aggies to their first national title in their first-ever trip to the NCAA Women’s Final Four and closed out the 2010-11 season with a 33-5 record, the most victories in program history. The Aggies were voted as the No. 1 team in the coaches’ poll following the season, the first time Texas A&M stood atop either poll in women’s basketball.

Entering 2019-20, Blair ranks sixth in career victories among active Division I coaches with an impressive 791-322 overall record (.711). Blair is a five-time recipient of the TABC Texas Coach of the Year award and a six-time conference coach of the year.

In his 17th year (2019-20) at Texas A&M, Blair is the longest-tenured coach in program history, also owning the school records for wins (383), winning percentage (.707) and NCAA Tournament Appearances (14). Blair has more than doubled the win total of Lynn Hickey, whose 154 wins marked the school’s previous record for a coach.

The women’s basketball program won its first SEC Championship in 2013, knocking off three ranked teams to capture the league crown. The Aggies captured the regular season Big 12 Conference Championship in 2007 and continued with postseason championship titles in 2008 and 2010 before departing to the SEC. In his career, Blair has coached his teams to 17 conference championships.

Blair previously led the Lady Razorbacks to the 1998 NCAA Final Four and the SFA Ladyjacks to four NCAA Sweet 16 appearances. He has followed that path of success by elevating Texas A&M into one of the nation’s elite programs where he has put together a 383-159 record (.707) after 16 seasons in Aggieland, including 14 consecutive 20-win campaigns since 2005-06. Under Blair, A&M has registered an unprecedented 213-45 (.826) overall success record at Reed Arena.

You just booked "Gary Blair, Texas A&M: Are You Worth 6 Points A Game?"