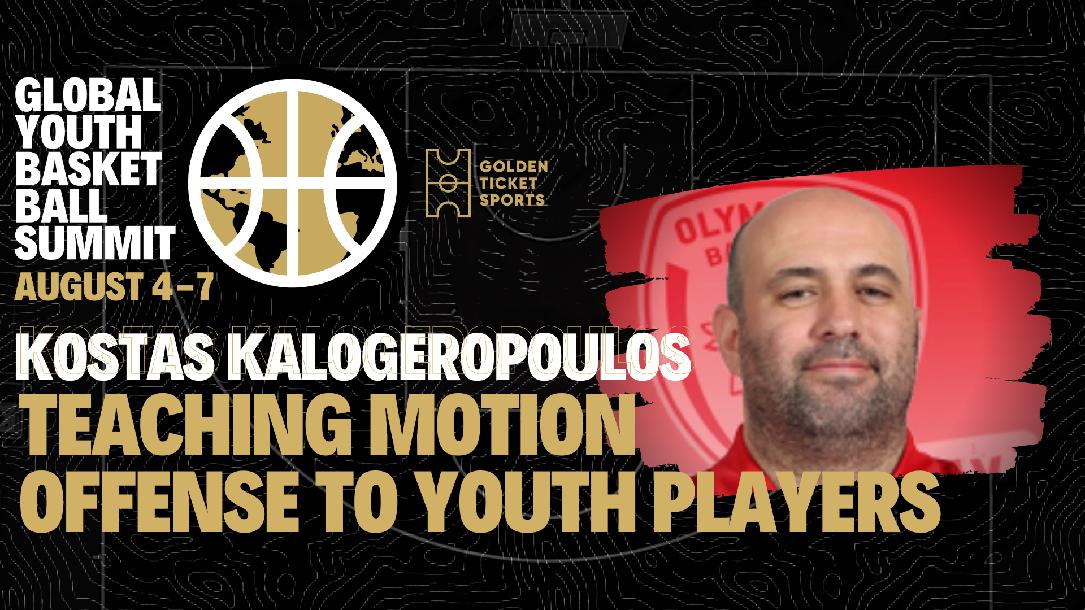 Coach Kostas Kalogerpoulous discusses how you can teach the motion offense to players at the youth levels of basketball.

Kostas Kalogerpoulous is a Level A licensed basketball coach, member of the Greek Basketball Coaches Association.